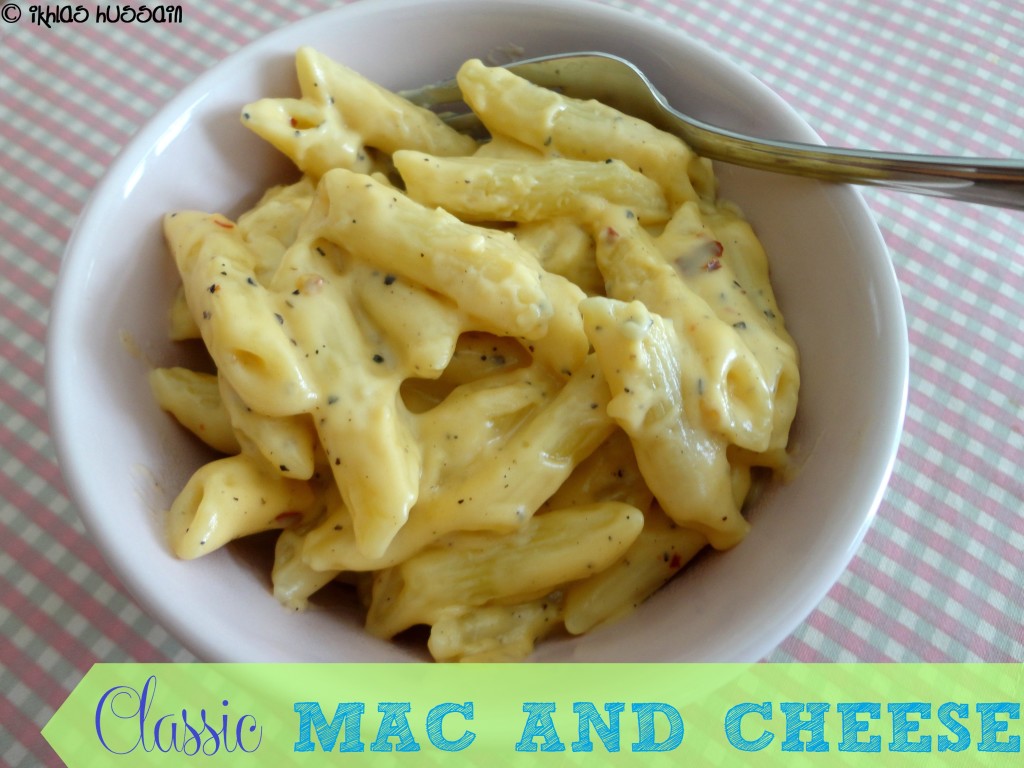 So my best friend is getting married in 2 days. -_-

I’m still kind of in shock, since things happened SO quickly, so quickly that I barely had time to process her engagement before I heard that she’s getting her Nikkah done (which is the Islamic legal marriage). Luckily I don’t have to say goodbye to her yet, since her wedding isn’t until January, which is when she’ll move away to glamorous New York!

But still, it’s sort of the beginning of her departure, which has got me feeling quite sad, since there isn’t much time left till she moves away. Even though we didn’t grow up together, it sometimes feels like we did, especially when I remember all the silly and stupid things we did in our younger days of university. 🙁 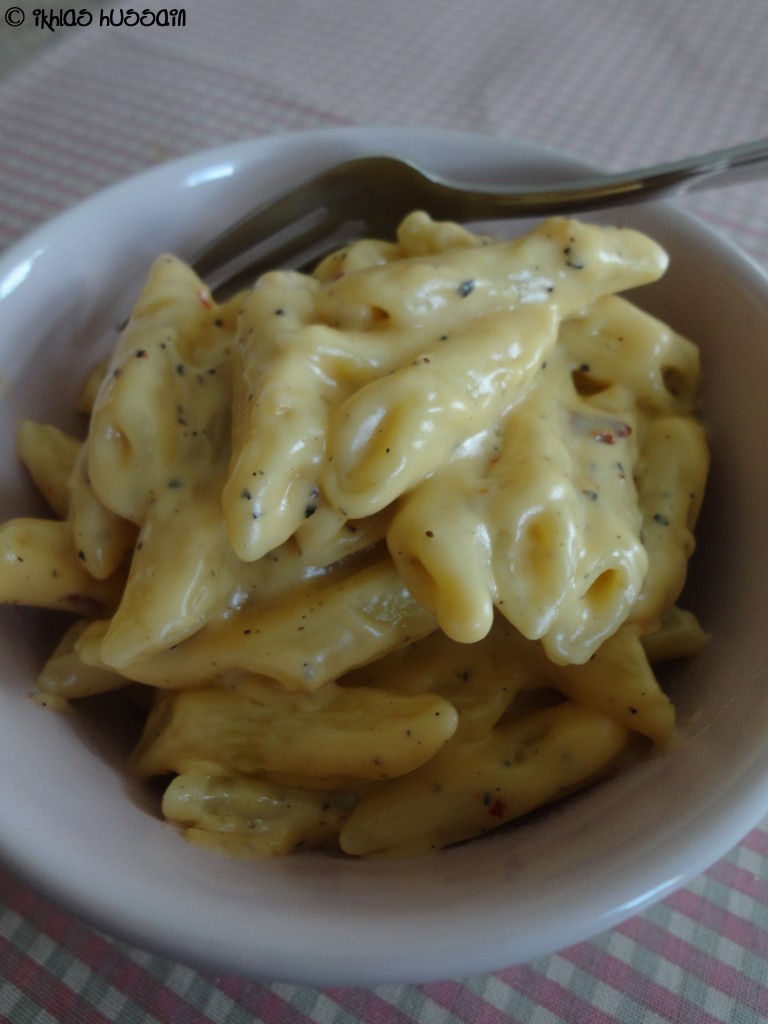 We’ve been through a lot together, and it’s hard to process that in two days she’ll be a married woman, Islamically and legally. If you follow me on Instagram, I apologize in advance for the million pictures I’ll be posting with emo hashtags. -_- Lol.

As I’ve already mentioned here before, I like recipes which feature ingredients that I’m more likely to have on hand at all times. These recipes quickly make it to my repeat list, since they’re easy to whip out, without planning ahead and buying special ingredients. This Mac and Cheese is no exception. 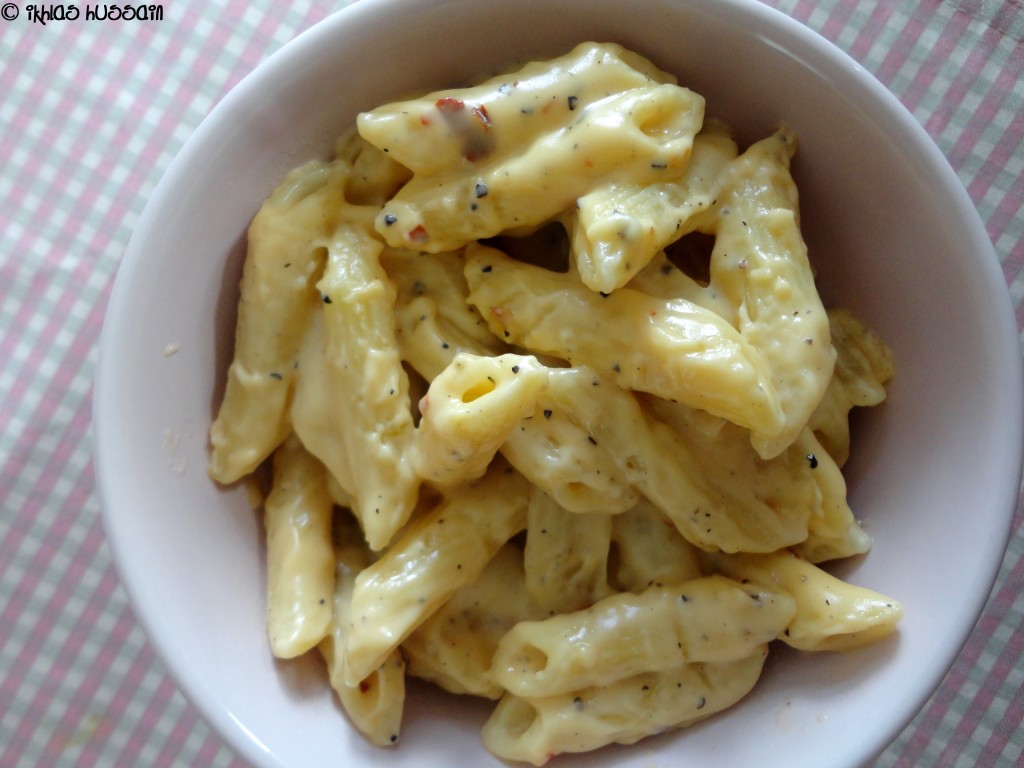 Creamy and cheesy, this Classic Mac and Cheese is made with a roux sauce and LOTS of cheddar cheese. There’s no such thing as too much cheese, in my opinion. 😉

Check this recipe out and let me know what you think!

I know I’ve posted a recipe for Mac and Cheese on here before, but this one was SO much better. The sauce was thick and creamy, without being overly heavy, and the Cheddar Cheese gave it a nice flavour. Unlike my old recipe, the pasta didn’t dry out once refrigerated and reheated the next day, which made it an easy winner for me. I hate dry pasta, and the fact that the sauce was still creamy and thick, made me love it even more. 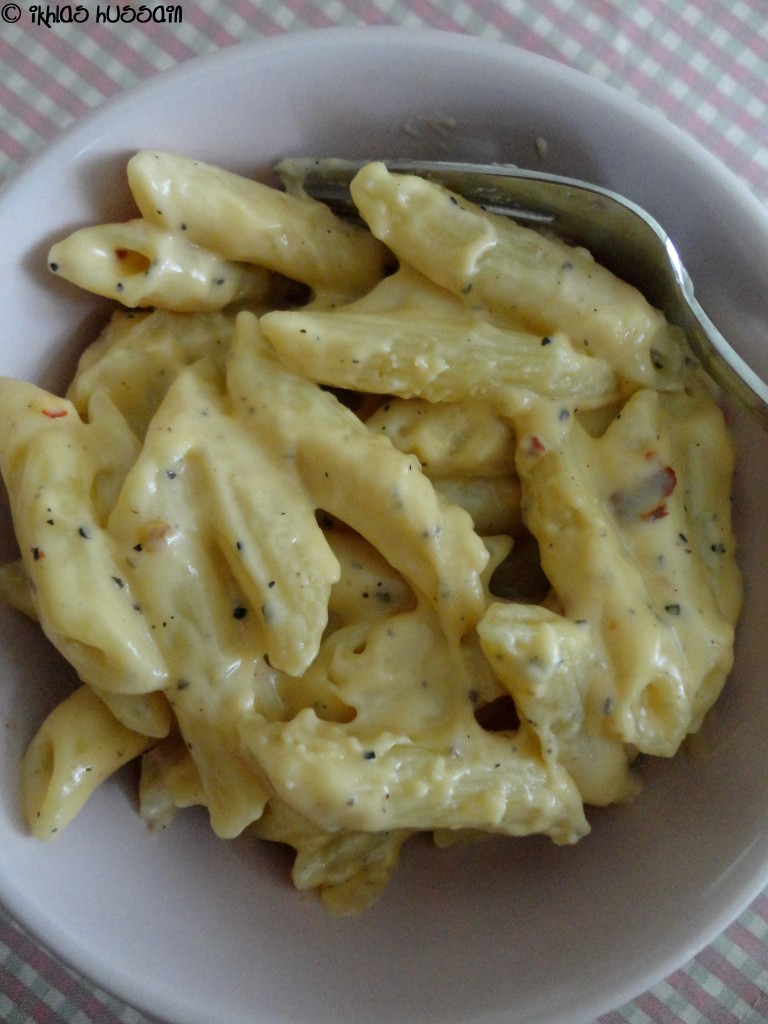 So I know I wrote elbow macaroni in the recipe, but I didn’t have any, so I ended up using penne. Technically, you can use any small tubular pasta, but macaroni just makes it feel more classic. 🙂 Given my love for all things spicy, I also added red pepper flakes, which added a nice kick to the pasta. Obviously you can opt out of this, but given the blandness of the roux sauce, the red pepper flakes brought some life to the party. 😉

What I love about this recipe is how easy it was! Unlike other Mac and Cheese recipes that boast about their ease, this is by far the easiest one that I’ve tried, and the one that gave me the creamiest, cheesiest sauce. Best eaten right away, it hit the spot right away, and had my brothers and I scraping our bowls to get every last bit of the sauce. 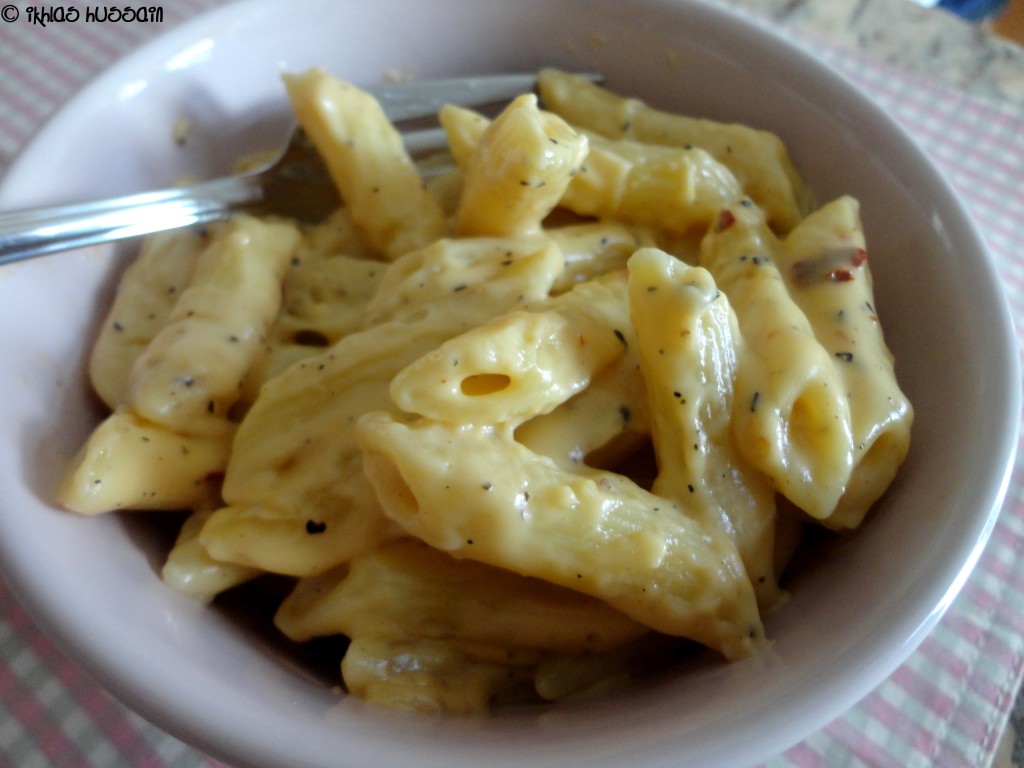 So if you’re going through a bittersweet moment like your best friend getting married and getting ready to move away to another country, I suggest you make this comfy, homey Mac and Cheese. It’ll help. A little.

Super easy and tasty, this Mac and Cheese is my new favourite recipe. Perfect for those cool Fall afternoons and evenings, this Classic Mac and Cheese is sure to be a hit with your family, like it was with mine. Check it out! 🙂