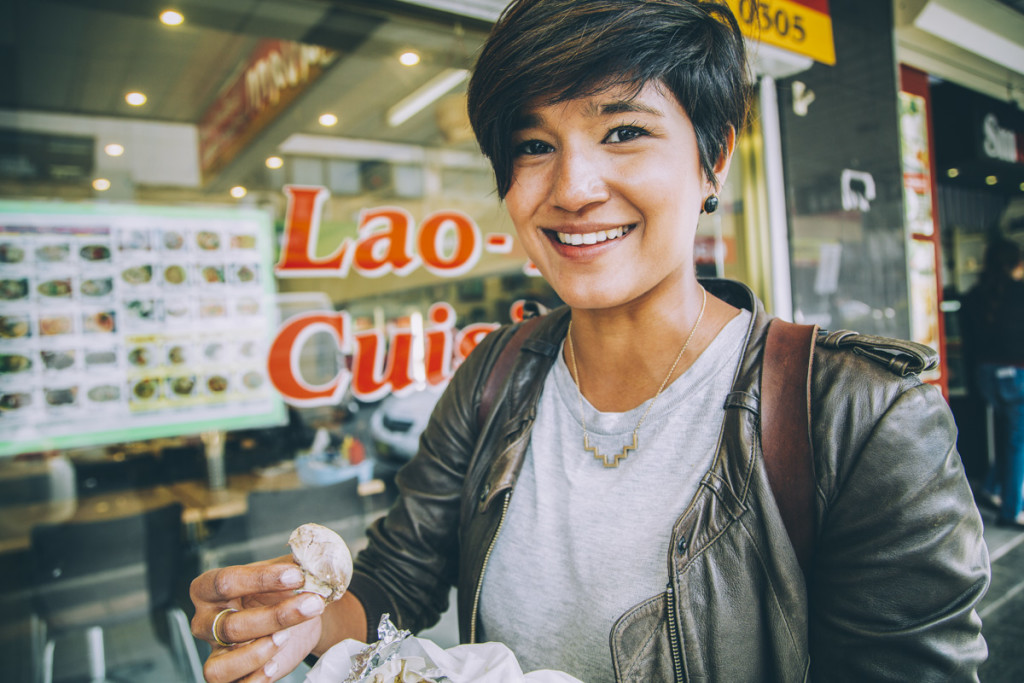 So I’ve just finished marathoning my latest obsession on Netflix, a 10 episode documentary on food and travel called Girl Eat World, and just had to share how awesome it was!

If you love food or travel or BOTH this is the show for you. It beautifully combines both to deliver a fun, clever, and delicious documentary series that takes you around the world.

It follows Kamini Pather, the winner of Master Chef South Africa, as she travels to 10 top cities around the world and eats her way through them. Each episode focuses specifically on a city and its food history and culture. Kamini pairs up with a food blogger from the area to get a true food tour of the city. Some of the cities she tours are Tokyo, Bangkok, Dubai, Berlin, Johannesburg, and more.

As a food lover, I devoured this series. I discovered it on Friday night and marathoned the 10 episode series over 24 hours. It was that good!

I loved learning about the little tidbits of history that Kamini picks up along her travels. She’s a pretty open-minded traveller and was braver in her adventures with food than I would ever be. Her reactions was also priceless, as were her descriptions of the food. Not only does Kamini have a love for food, but also a love of language. She describes what she’s eating so beautifully that you can somehow just imagine what she’s eating even though you have no clue. I also enjoyed the variety of foods that Kamini experiences. It isn’t all street vendors or sit down restaurants, but a delectable combination of both.

That leads to my big problem with the show: it will make you hungry! Every episode made me want to jump into my computer screen and somehow arrive at the beautiful location where the show was taking place and eat all the scrumptious things I could see. Seriously, it was a feast for your eyes! I would highly recommend watching this after you’ve eaten (but you’ll probably still feel hungry) or with your plate of food beside you. It’ll help augment the drool (a bit).

As a history nerd, I did feel like I wanted more history from the series. The focus was on the culture and tempo of the city now, as it has developed and changed over time, so there was some history thrown into the mix. But I always want more.

So if you’re looking for a delicious new documentary that’ll make you eat with your eyes, you should definitely watch Girl Eat World. It’s a fun series that’ll make you want to either jump on a plane and travel the world or cook up a feast in your kitchen or both!