How are you all doing? It’s been awhile since I’ve done a Friday Things post so I thought it was time!

The past few weeks have been extremely difficult for me as my eldest mamu (mom’s brother) passed away. He had cancer and had had 2 strokes recently.

What made it even more difficult was being away from my family at the time. I wasn’t able to attend the funeral or grieve with my family. Being so far away from everyone made the grieving even more difficult because there wasn’t anyone around me I could share those memories with who knew him. I wanted to hug and cry with my parents, grandparents, aunts, uncles, and cousins who were all able to grieve together, but I couldn’t. So it made the grieving that much harder.

Luckily my parents came down last week to see me and even though they only came for a day, it was great to see them. It had been almost 3 months since I’d seen them, and I missed them like crazy especially after my mamu’s death.

There’s nothing like death that puts things into perspective for you. No matter the challenges and difficulties I was facing, I knew there were nothing compared to the difficulties my mamu faced before he died or the challenges his family is facing after his death. It made me that much more grateful for my parents and all that they do. It was quite an emotional few weeks!

I still have moments where it’s hard for me to believe that he’s no longer in this world, especially since I didn’t get to attend the funeral. Being so far away makes it even more unbelievable as I realise that he won’t be there when I go back.

But I’ve been trying to distract myself and think of other things.

I know it’s been awhile since I’ve posted any recipes on here, but that doesn’t mean that I haven’t been baking! I made 2 things last weekend, but unfortunately, both flopped 🙁

It was my husband’s birthday so I wanted to make him some of his favourite things. He loves Snickers so I knew I wanted to make him some kind of Snickers dessert. Luckily I found a recipe for an amazing Snickers Cheesecake. I’ve made cheesecake so many times I thought it’d be a piece of cake. Boy was I wrong! This recipe had a few different variables in it that I’ve never worked with (caramel and chocolate sauce) that really threw the recipe off. It tasted good, but there were elements that needed to be fixed. 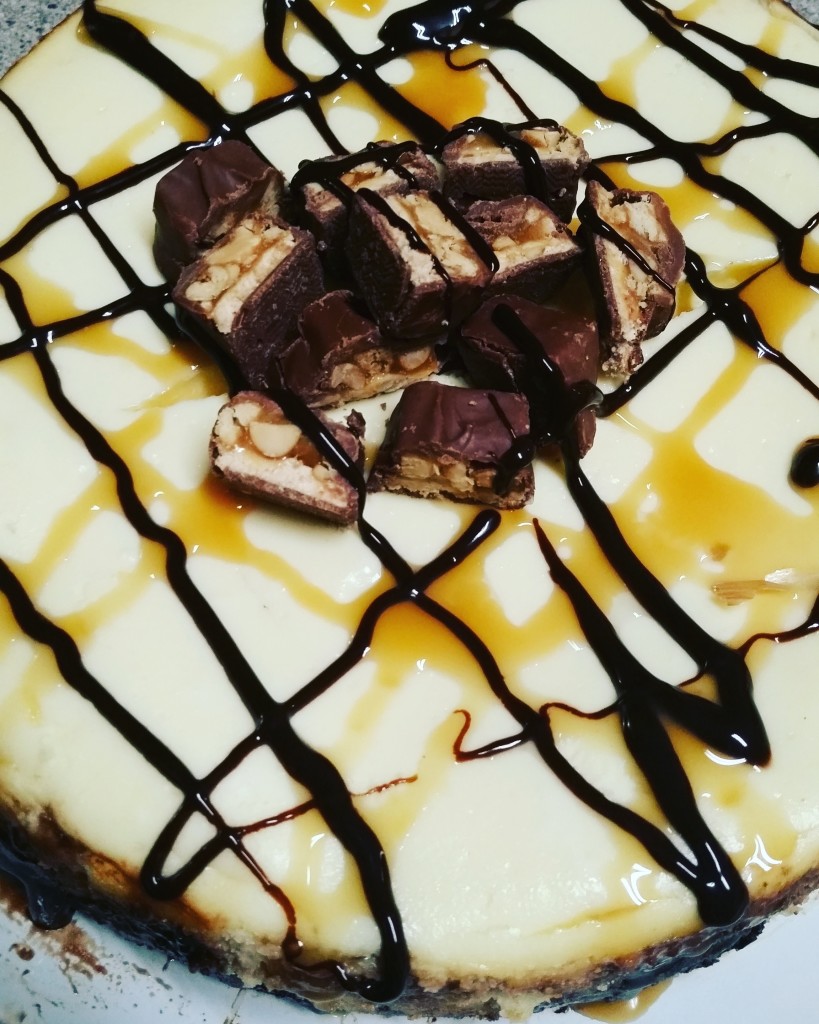 The second recipe were Snickers bars. The recipe included ingredients I’ve worked with before, but again, had both caramel and chocolate sauce (notice a theme here?). They too did not hold their shape as well as they should have and were a big sticky mess. 🙁

I was so excited to finally have 2 new recipes to share with you all after such a long baking lull but unfortunately they both didn’t work out well. That just tells you not to count your chickens before they’ve hatched!!

But luckily both recipes still tasted fine; they just didn’t satisfy the perfectionist in me 😛 More importantly, the person I made them for loved them!

Anyways, that’s it from me. Hope you all have a great weekend!