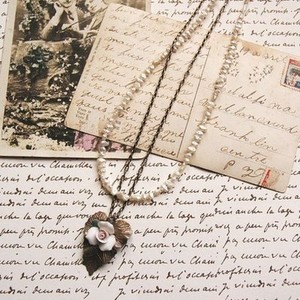 So I haven’t been blogging much this week, and I thought I’d do a little catch-up post today, before I completely forget.

This week I’ve been writing a lot, which has made me infinitely happier. Last week, I said I wanted to write, but then spent the majority of the day on facebook, twitter, checking my email, on blogger, on goodreads, and watching dramas. It was most unproductive.

So I ditched Facebook (or rather deactivated it) which helped out a lot. I managed to write 10,000 words this week, which doesn’t sound like a lot, but was a major achievement for me.

Its weird because I’d spend the whole day writing, agonizing over scenes and sentences and words, exhausted at the end of the day, only to check my word count at the end of the day to discover I had only written 3000 measly words, when I thought I had at least written 5000 words. But clearly not >_>

I recently just discovered this program called Scrivener, that I saw on the lovely Tahereh Mafi’s blog. She had posted a screenshot of it, as she works on Shatter Me 3, and basically you can work on different parts of your story (or document, it doesn’t matter) and can rearrange them and edit them. I really want to buy it, but as I’m currently broke and jobless, its kind of hard. But I am thinking that it would be an investment to my ‘writing career’ (ha!) so I might just end up buying it after I finish justifying it to myself hehe ^_^. I’ll keep you posted!

Speaking of Tahereh Mafi, I’ve recently discovered her blog and fallen in love with her. Her posts on writing, writing query letters, finding agents, and the process of finding a publisher are really informative and entertaining. So do check her out; she’s a bowl of awesome. 🙂

I was so excited to find out that she wears hijab, when clicking through to her facebook, which made me love her even more. Before you think I’m strange(r), let me just say that you don’t often see hijabi authors, especially in the YA section. And if you do, they’re often writing about Muslim issues, which are definitely important to write about. But you don’t often find Muslim (hijabi) writers writing paranormal, romance, adventure YA stories. Which is what my two previous works were about (minus the paranormal) and I kind of gave up, thinking that the publishing industry wouldn’t consider YA by a Muslim girl. But I feel much more inspired after reading her blog. 🙂

One of my favourite posts of hers is called “The Nine Stages of Dating a Novel“, which is actually posted on Nathan Bransford’s blog. Even if you’re not a writer, check it out…its hilarious! It actually captures exactly the emotions one goes through when writing a novel, or two or three. Now I know I’m not the only one…

In other non-book/writing related news, I went to my friend’s birthday dinner on Sunday and finally gave her the card and crafts I had made for her, which means I can finally share it with you now. 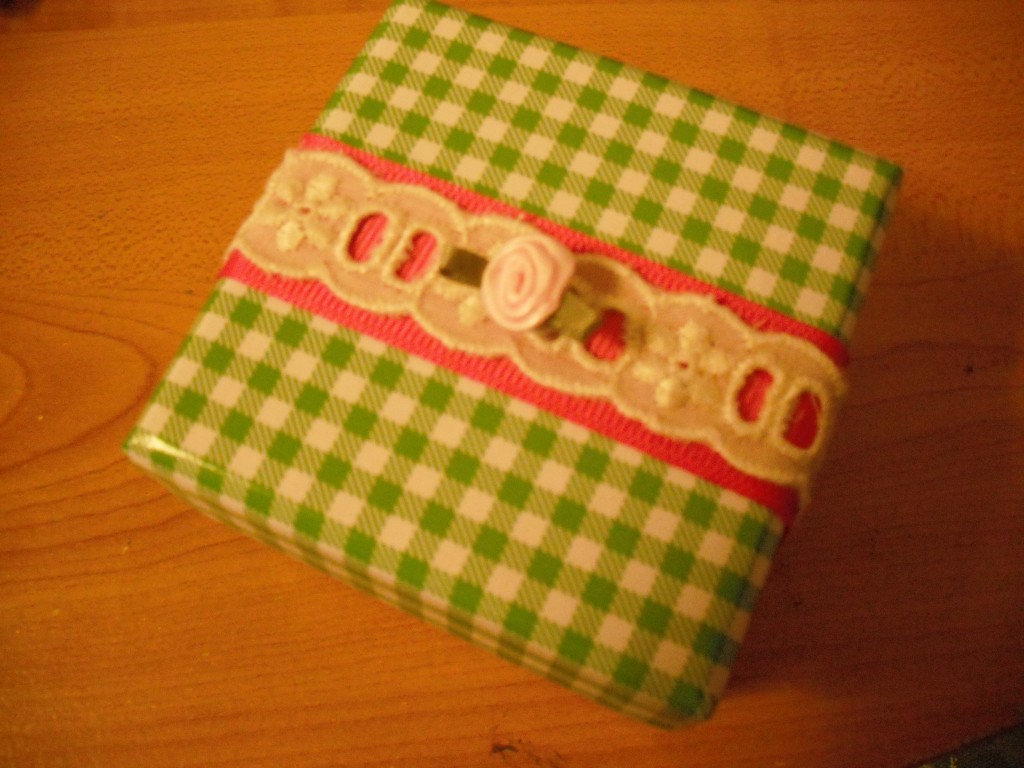 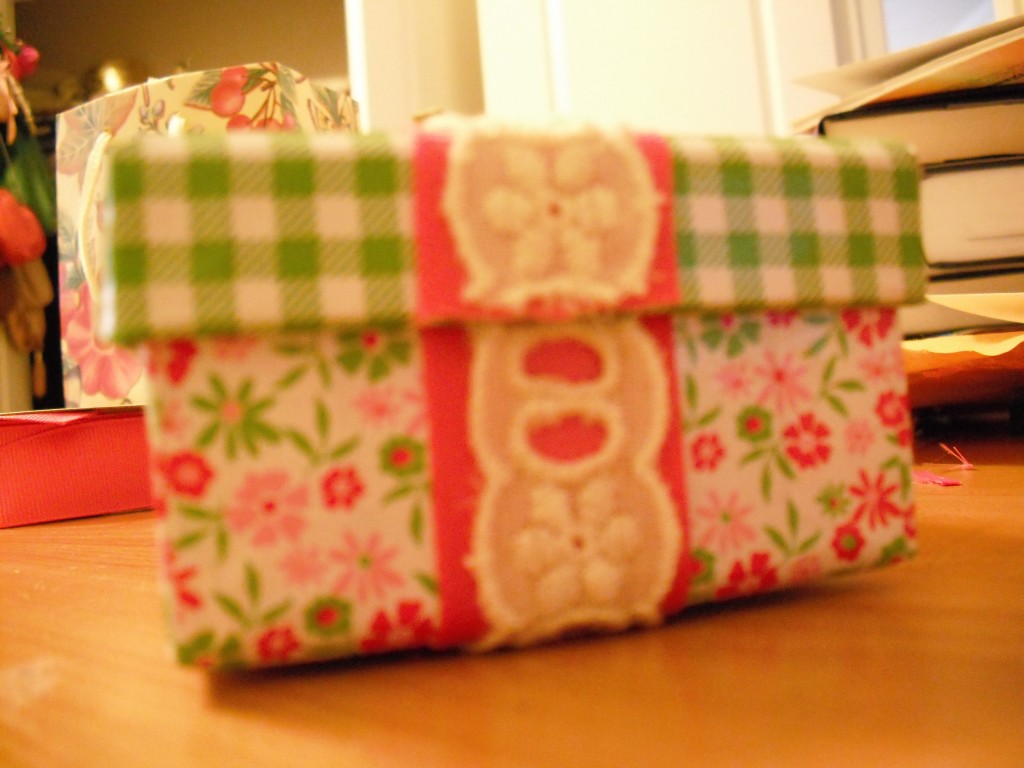 I bought this already decorated box from the dollar store (you can probably get them from any craft or thrift store) for like 50 cents. I then put some pink ribbon on it, some lace and that little pink flower on top. Ta-da, instant makeover. 🙂 The box was already decorated before, but by adding some ribbon and lace, it became even cuter. 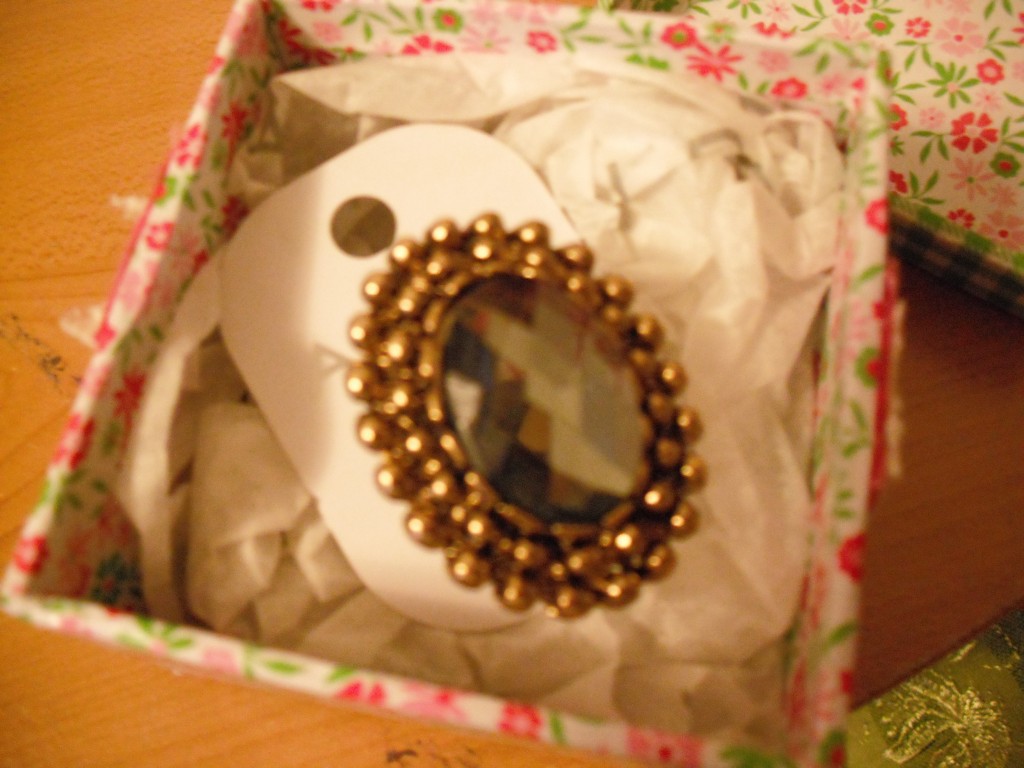 I used it to put in a ring that I got for her. Definitely a lot cuter than any old gift bag.

Here’s the card I made for her. I tried to be a bit more creative, so I ended up cutting up the flowers myself out of cardstock and then added little pearl stickers in the centre to give them a 3D effect. 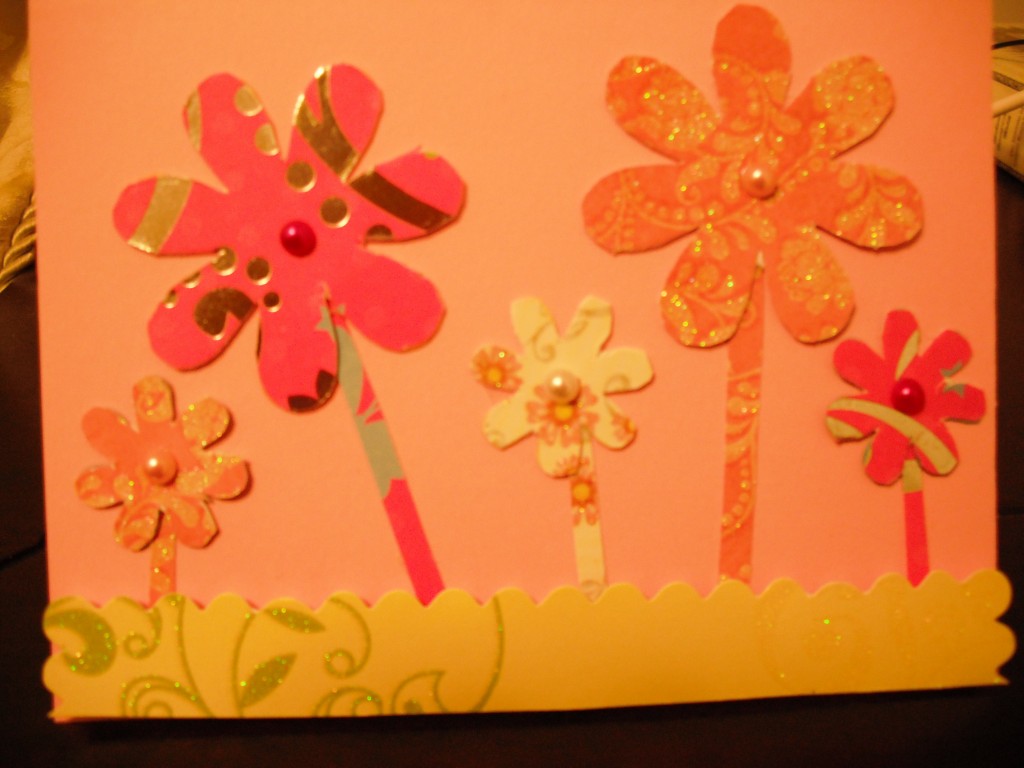 The envelope looked a bit too plain to me, so I added the same lace as the box to the outside. I also threaded some yellow ribbon through it, so give it a bit of colour, which also matched the yellow of the card. I then added the little flower on top, scribbled her name, and it was done! 🙂 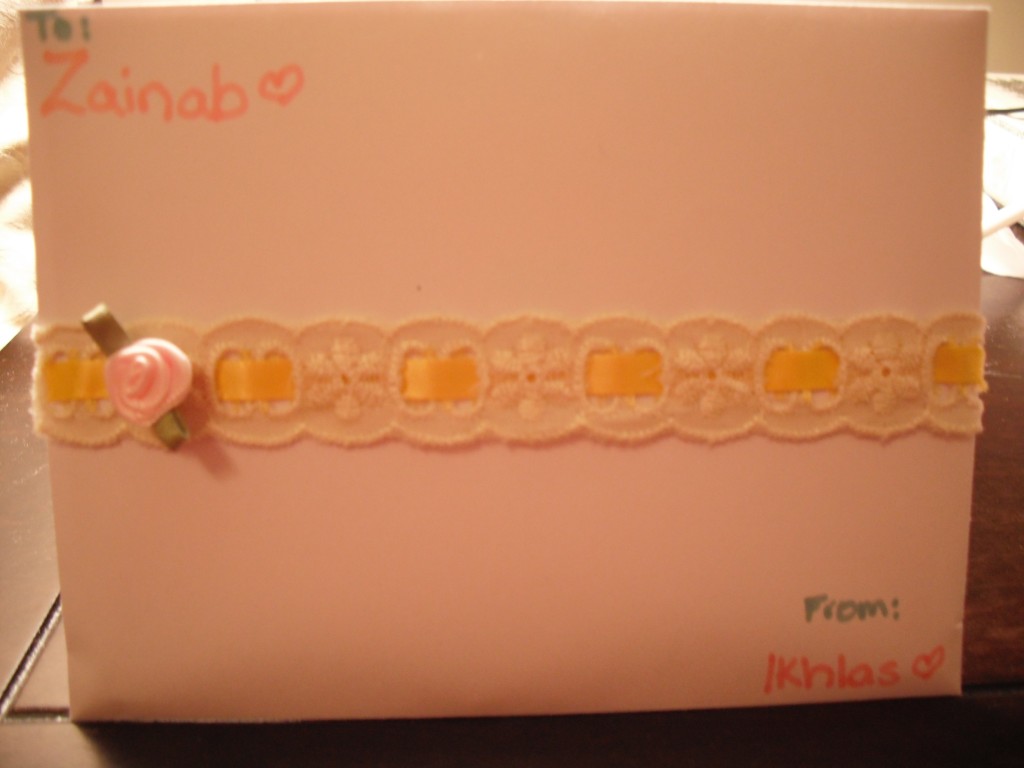 I had also put the same lace on the back of the card, to create continuity, but forgot to take a picture of it. But you get the idea.

Lastly, I also made her a bookmark, since I gave her a copy of Water for Elephants, which I know she wanted a copy of.

So I ended up sticking the bookmark in the book. Here’s the finished product. 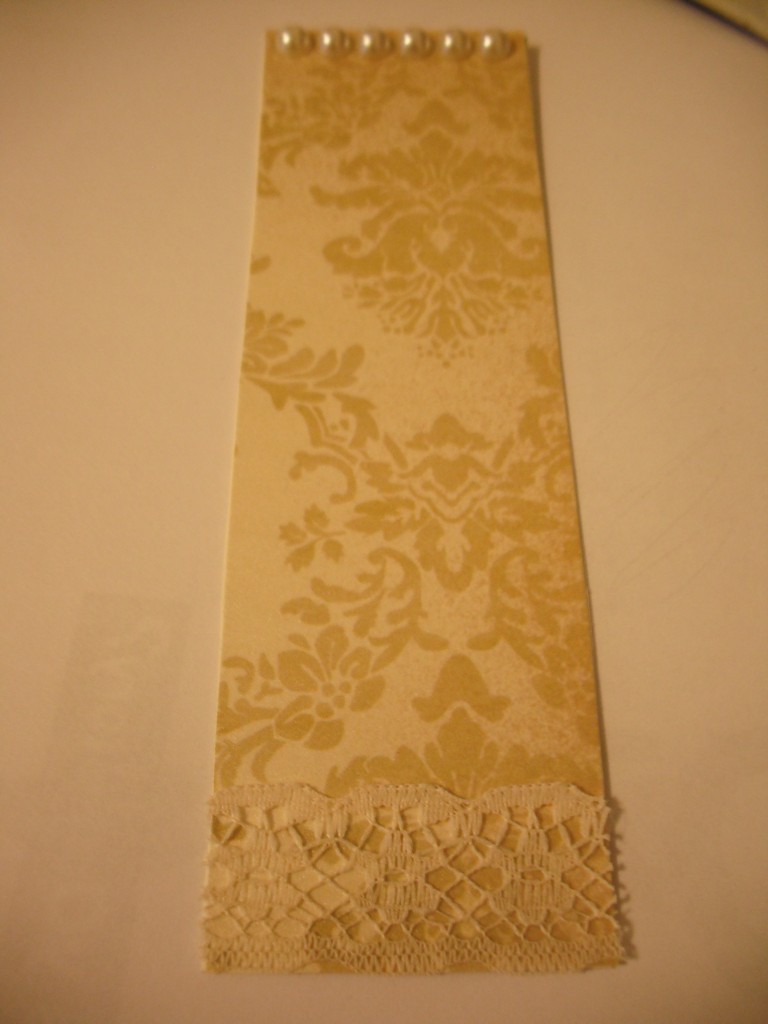 Wow, this has been a mighty long post! Anyways I hope you found the tips for the arts and crafts helpful; they weren’t too complicated or even that spectacular, but added some nice touches to some plain objects.

As always, thanks for reading.

Have a good evening,