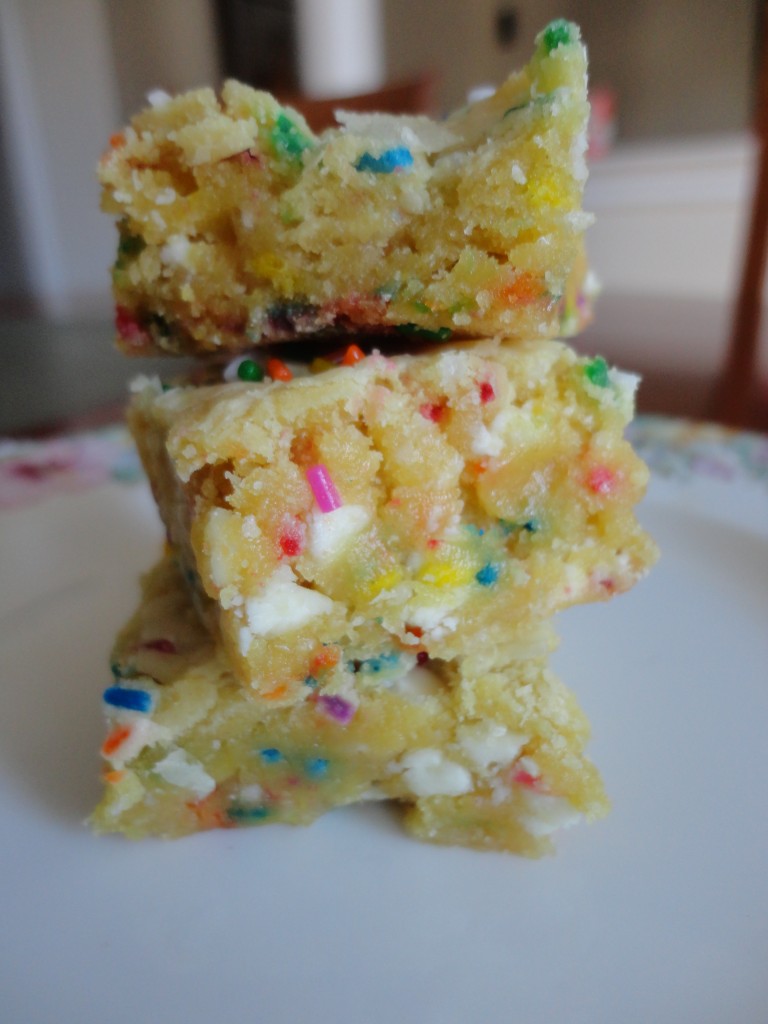 So I had to go to a party this previous weekend, and naturally, I was annoyed.

Unlike the majority of people (or my mom), I really hate parties. Now, I don’t hate all parties, just the ones that include about a billion people crammed into a small space, none of which I know. And these are often the kinds I get invited to.

With a massive frown on my face, I accompanied my mom to this all girls wedding party (by the way, we don’t even know the bride…or the groom for that matter. But when you’re brown, that’s besides the point). So anyway, my mom naturally found one of her many friends/neighbours in the throngs of people, and I sat down next to our neighbour, and her young daughter who had her nose buried in a book! Bless her!

When I was a kid and was dragged along to these parties (nothing has changed much), I used to be just like her, bringing a book everywhere and anywhere, since there was a 99% chance that my book would entertain me more than the people at these parties/gatherings ever would.

Even when there were kids my own age there, I chose to interact with adults, who I felt were far more interesting and more mature than the giggling groups of girls I was thrust into. But adults were my third choice (after my dorky brothers). Of course, books were my first choice.

So when I saw that young girl, whose nose remained buried in her book no matter how loud the music or singing or how rowdy the dancing was, I was jealous. Because even though I’m twenty-three years old and technically an ‘adult’, I’d rather do the same.

This story bears actually no relevance to this recipe, except it reminded me of the fact that sprinkle donuts used to be my ABSOLUTE FAVOURITE donut when I was a kid. Now I can hardly stand them.

It’s funny how some things change, while others never do. 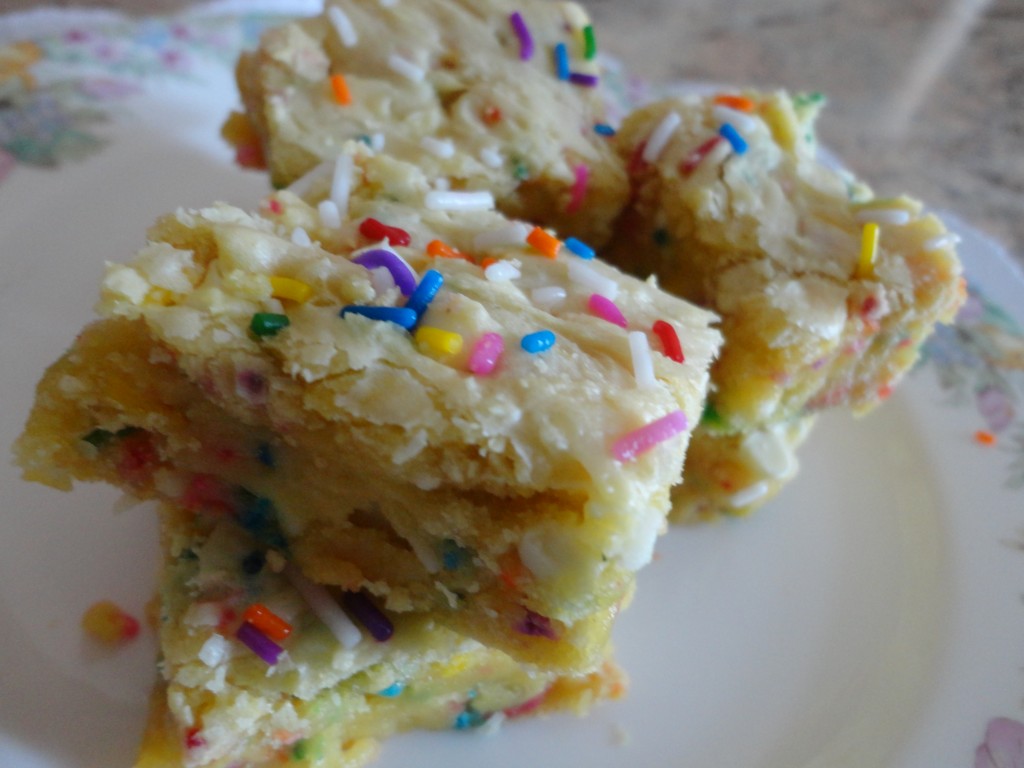 And that’s it! I don’t think I’ve ever posted such an easy recipe on the blog before. ^_^ Back when I was a kid, my mom got me into baking by using cake mixes. After I really fell in love with baking (and gained about a thousand pounds), I stopped using cake mixes since I believed a Real Baker baked stuff by scratch.

This taboo is kind of gone now, since a lot of bloggers online are using these cake mixes to kick start yummy stuff that is practically from scratch! 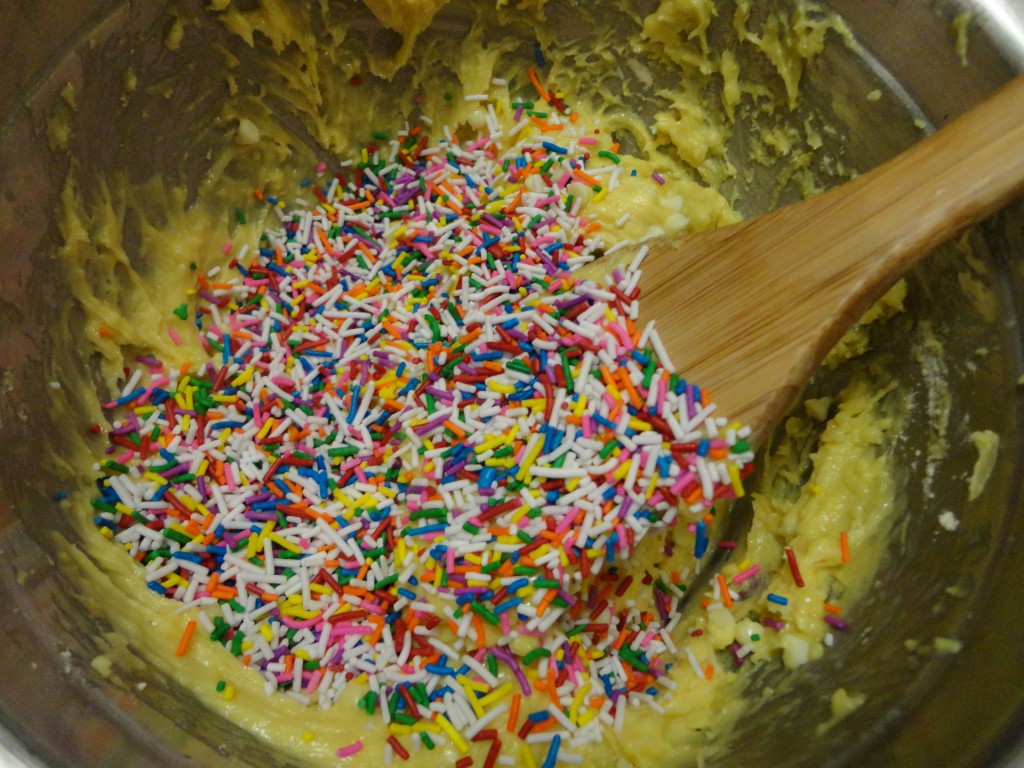 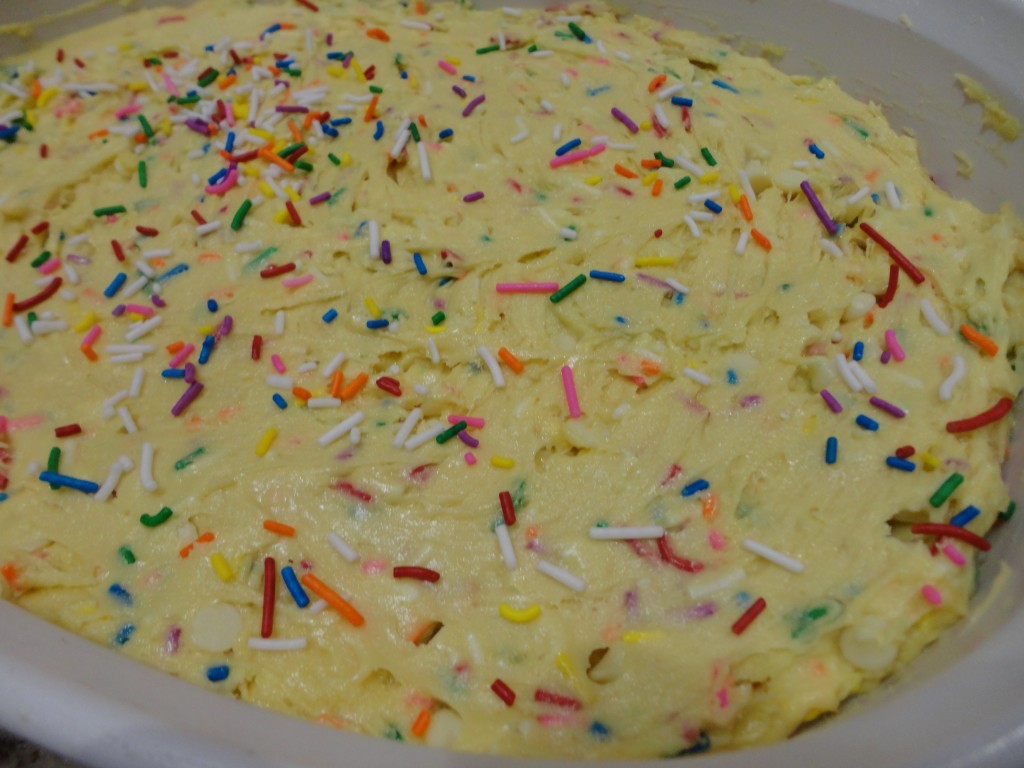 Despite the fact that I don’t enjoy sprinkle donuts anymore, I love sprinkle everything else, and watching these blondies bake up all colourful brought back that childlike excitement back. 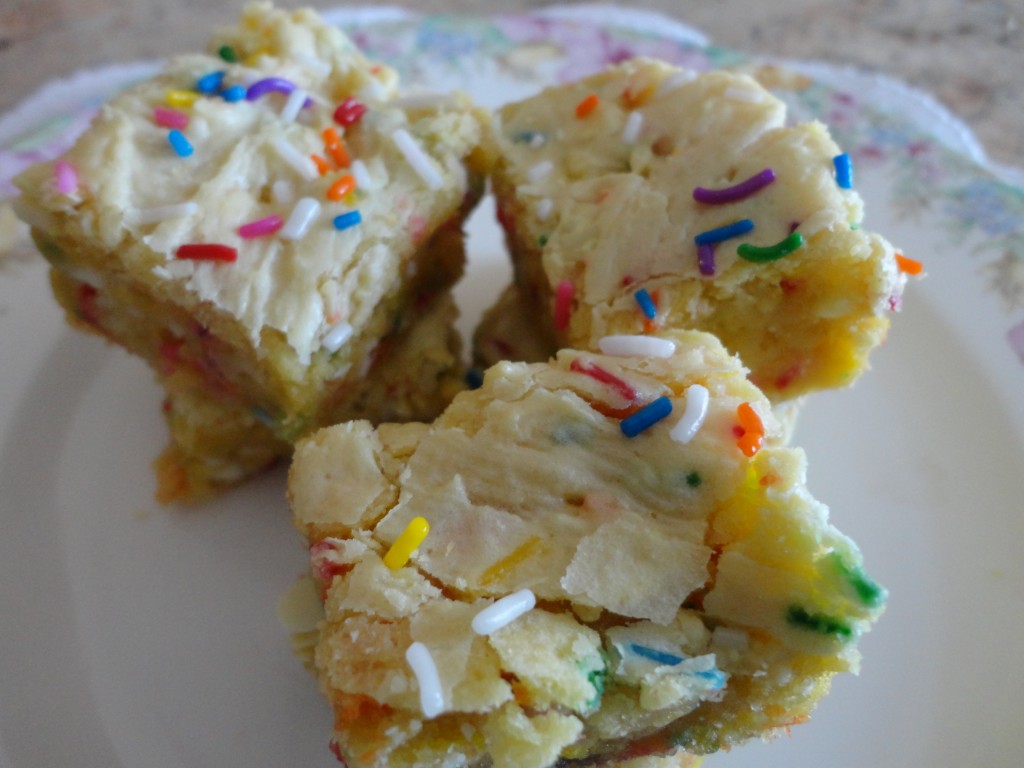 Hope you try this recipe and let me know how you get on! 🙂