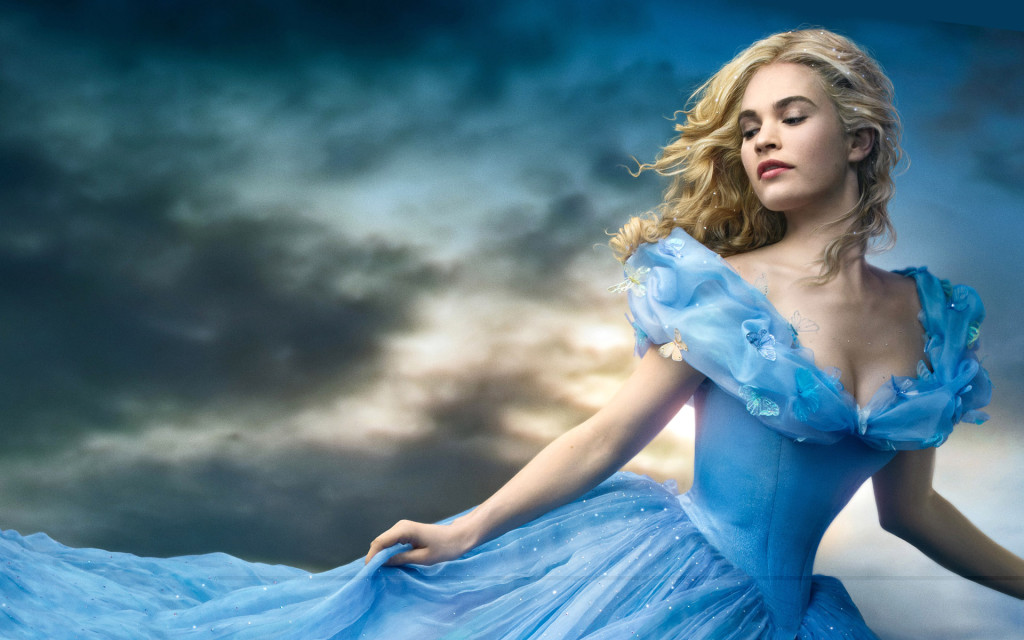 Normally I don’t do movie reviews, but since the story of Cinderella is a classic, I couldn’t resist! I finally saw the Disney live-action adaptation this weekend with my mom and the one word I would use to describe it would be: magical.

The cinematography of the film is absolutely beautiful and I honestly felt like I had been transported to some of my most vivid imaginings of the story. The kingdom, the palace, the gardens, Ella’s house and surrounding area are simply breathtaking. It looks exactly like the story as you would have imagined it, all whimsical and magical, as a child.

Unlike other recent adaptations of the classic story, Kenneth Brannagh’s version doesn’t deviate from the Disney version, which is based on the Charles Perault version of the story.

Ella’s mother first leaves her, and then shortly after her father remarries, he leaves her too with her evil stepmother and insipid stepsisters. Ella endures hardship and struggle before finally meeting the Prince. They banter and naturally fall in love with each other after one meeting, even though Ella has no idea who he is. The ball is shortly announced and the Prince extends the invitations to the whole kingdom in hopes of meeting Ella again. Ella tries to go to the ball to meet the man she met in the meadow, but of course her stepmother won’t hear of it. Her fairy godmother remedies all, and the scene of her transforming the mice, lizards, and pumpkins is another magical one. Ella goes to the ball, finally discovers who the Prince is, and of course has to flee the ball. The Prince then searches far and wide for his princess, and eventually finds her and marries her. And of course they all live happily ever after.

The story is simply a retelling with no surprises or changes. The story is simple and so are the characters, with very little depth. They are merely the archetypes that they stand for: the poor orphaned girl, the prince, the evil stepmother, the fairy godmother etc. I would have liked a little more depth from the characters, especially Ella, in a modern adaptation, because Cinderella’s easy acceptance of her change of fortune always bugged me (I mean, how could anyone be so meek and passive?). But somehow, it still worked. The beauty of the movie is in its simplicity.

I also highly enjoyed seeing Cousin Rose and Daisy from Downton with their roles reversed! Daisy gets to lord it over Rose (aka Cinderella) as her evil stepsister. It made me proud of the Downton cast 😀

There are several whimsical touches sprinkled throughout the movie that make it enjoyable to watch. One such thing is Ella’s relationship with animals. I really liked how Brannagh gave them personalities without making them speak, and it was sweet to see the mice and birds all conspire to help Ella because of her kindness towards them.

The moral and tagline of the movie is “Have courage and be kind” and it was a sweet sentiment that ran throughout the movie. One especially powerful scene was at the end when Ella finally escapes the clutches of her evil stepmother and is free to live her life with her Prince. But before leaving, she turns around and says to her stepmother, “I forgive you.” I especially thought this was a powerful moment because so often we are told to get revenge and to give back what we got. But Ella is the bigger person. No matter what her stepmother did to her and the havoc she wrecked on her life, she forgives her before beginning the next chapter of her life. And I thought that was beautiful.

I’m not sure what it is about Cinderella that makes it so popular every few years as a remake, whether it’s in TV, books or movies, but there must be something there that makes it universal because it keeps coming back.

Whimsical and magical, Cinderella is a sweet and simple adaptation and that is sure to appeal to fairytale fans. It is sure to take you back to your childhood and remind you of a time that was simpler.

As much as I loved this live-adaptation by Disney, I’m even more excited for Beauty and the Beast with Emma Watson as Belle and Dan Stevens (Matthew from Downton Abbey) as the Beast. Can 2017 come already?!