So it’s been awhile since I’ve posted a recipe on the blog. 🙂 I made soft pretzels last week, but they didn’t turn out as soft as I’d hoped, so I postponed posting them until I got the recipe just right.

But these cupcakes? Right on the first try. 😀 Adding cheesecake to anything pretty much guarantees you a yummy treat, at least that’s what I wholeheartedly believe.

I’m testing these Tuxedo Cheesecake Cupcakes in anticipation of my cousin’s dolkhi party, for which I promised to bring cupcakes. The party’s at the end of May, so I officially have 2 weekends to test cupcake recipes out and pick a winner. Wish me luck! 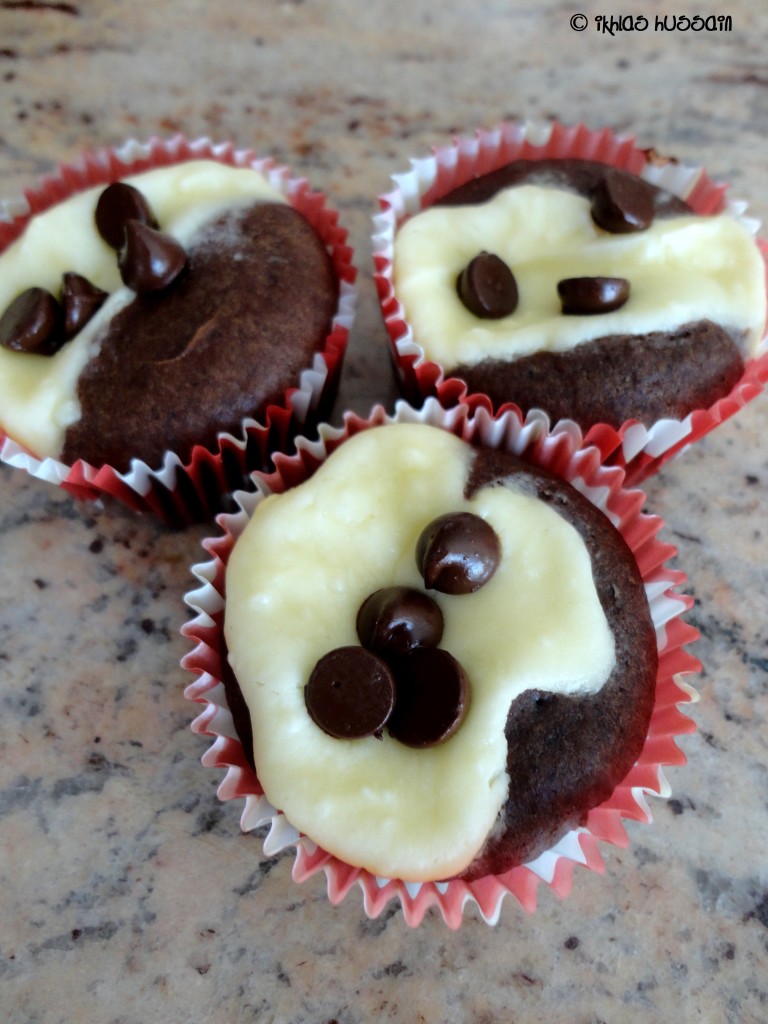 So originally this recipe is called Black Bottom Cupcakes on Allrecipes, but they looked like little tuxedos, especially with the way the chocolate cake and cheesecake filling met in the middle. I kind of forgot to add chocolate chips to the cheesecake filling (so tragic, I know), and sprinkled them on quickly before I put them in the oven. With three chips on them, they reminded me even more like tuxedo jackets, with the chocolate chips as buttons. ^_^

Cocooned in a moist, chocolate cake, the cheesecake filling melts on your tongue and sticks to your teeth. You guys know I love desserts that multitask, and these Tuxedo Cheesecake Cupcakes are another example of that. Neither cheesecake nor chocolate cupcake, these beauties combine the best of both delicious worlds and give you a mini dessert that isn’t too heavy or decadent. 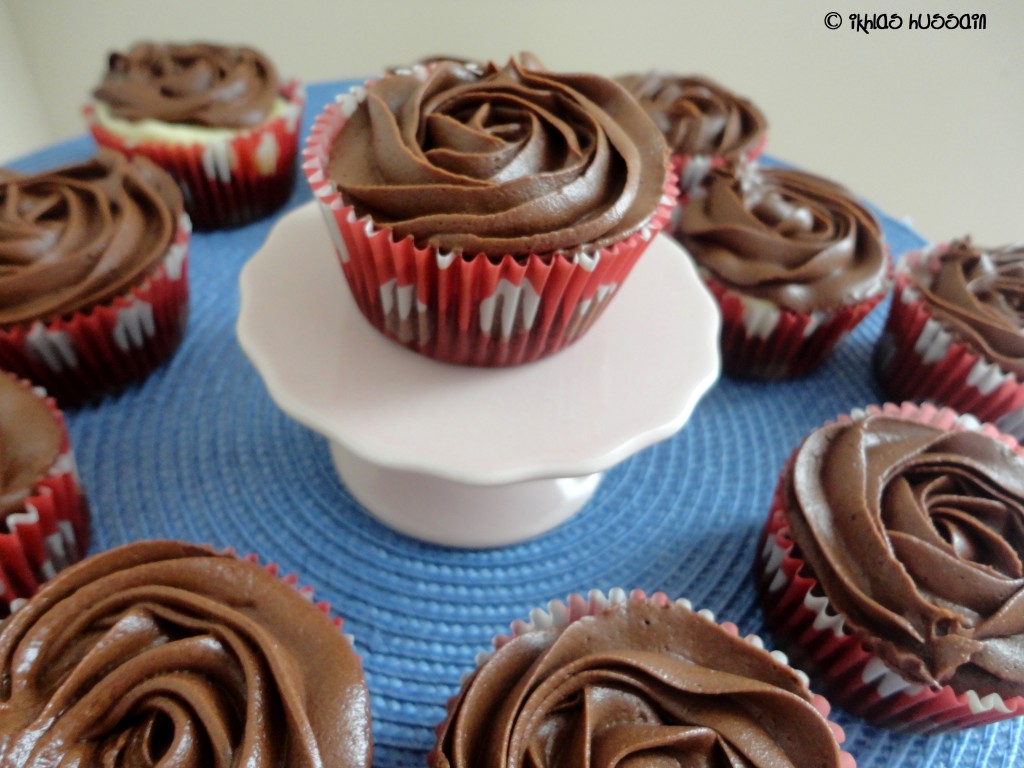 Swirled with my all-time favourite chocolate buttercream, the creamy, dreamy cheesecake filling helps these cupcakes from becoming too chocolatey (if that was ever a problem), while the moist chocolate cake keeps things light. Try them and let me know how you get on!

For the chocolate cake:
For the cheesecake filling:
For the Chocolate Buttercream:

Nestled inside a moist chocolate cake, is the cheesecake filling, which is thick and creamy, without being overly heavy. The chocolate buttercream adds a nice chocolatey touch, but one that can easily be substituted for another frosting to enjoy the full flavour of the cupcakes. 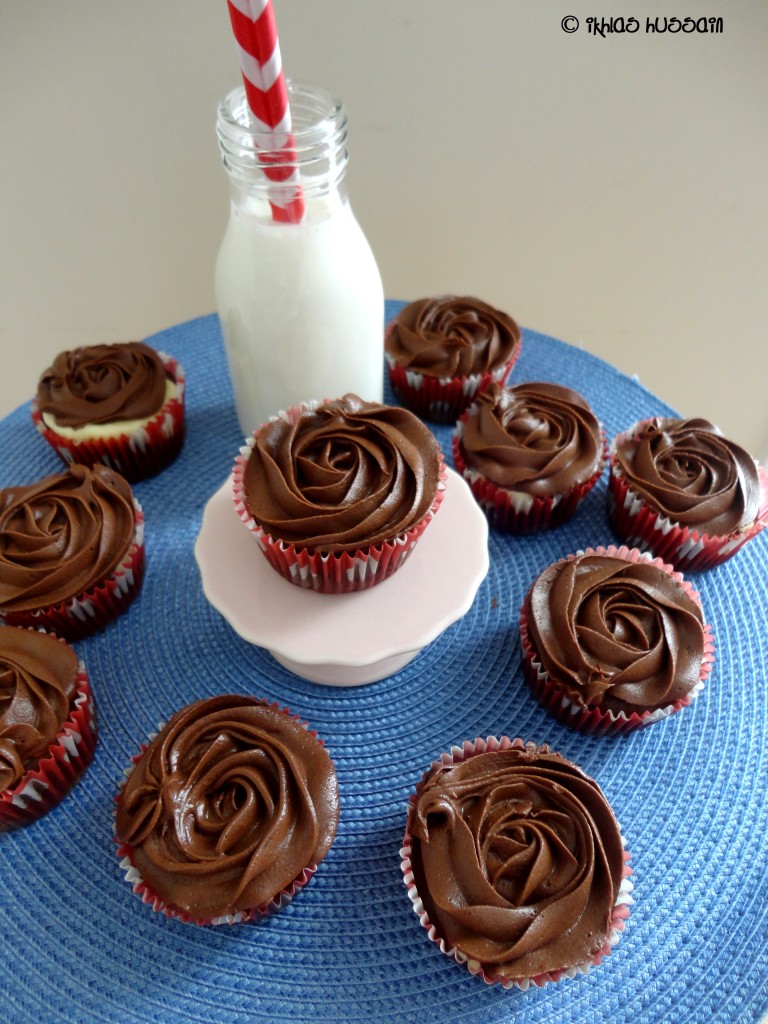 The combination of textures with the soft cake and the creamy cheesecake filling was amazing! These Tuxedo Cheesecake Cupcakes were best paired with a tall, cold glass of milk, and tasted the best to me straight out of the fridge.

Despite the long list of ingredients, these cupcakes aren’t that hard to make, and are quite easy to eat. 😀 So if you’re looking for a cupcake recipe that’s out of the ordinary, do try these Tuxedo Cheesecake Cupcakes…you won’t be sorry you did!