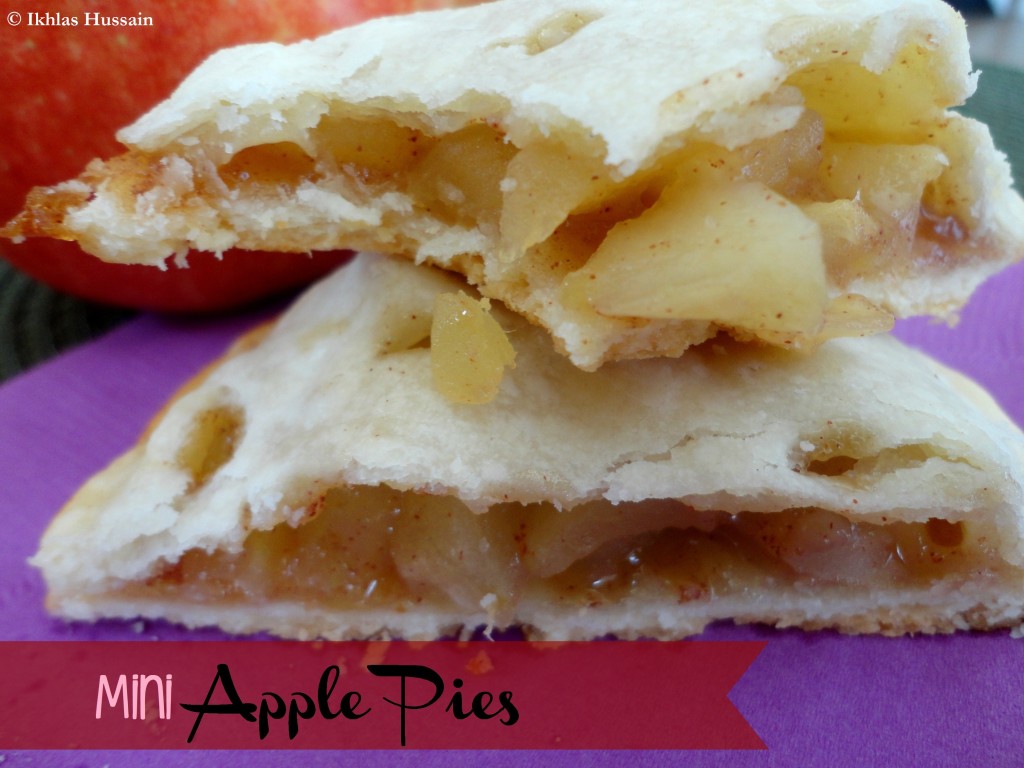 So yesterday was Pi Day, or Pie Day as it’s being reinterpreted. I should have posted this recipe then, but I’m a day late. Forgive me?

Remember last fall when I had a hankering for apple pie? Ok, it was more than a hankering. It was a crazy craving, and it wouldn’t go away until I made and devoured a whole pie. (I’m just kidding, I didn’t devour the whole pie. Maybe half. Or more.)

I had a similar craving last weekend, but it was more for a mini pie. Whenever I crave apple pie, I drive by to the nearest McDonald’s and get a couple of their apple pies, since everyone in my family loves them. Crispy on the outside, but warm and gooey on the inside, they’re the perfect snack when you have an apple pie craving once a week, like I do. 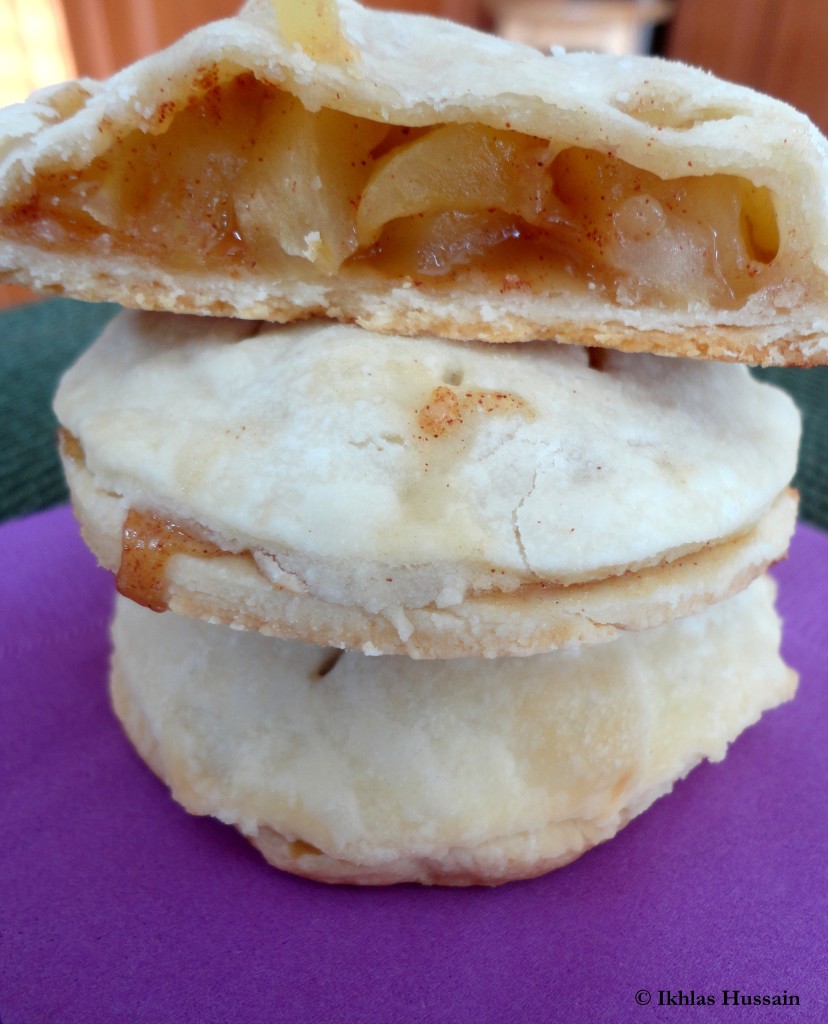 But this time, I was in the mood to make my own mini pies, since I’m convinced that making food mini makes it better. Yup, I’m weird.

While I wasn’t able to recreate the rectangular shape of McDonald’s Apple Pie, they tasted pretty darn close to it! With a flaky, crispy crust, the apple mixture inside was warm, and bubbling with brown sugar. Check it out!

If you like crust, you are going to LOVE this one! Buttery and flaky and crumbly, it pretty much melts in your mouth. Sandwiched in between the flaky crust is an ooey, gooey apple filling, speckled with fragrant cinnamon and nutmeg.

A note about the filling: make sure your filling doesn’t sit on the counter too long, or the juices will start to come out in the bowl and not in the pies, like you want. I didn’t give myself enough time to roll out the dough, and the filling sat out a little too long, so my filling was a bit dry. But if you make it and use it right away, then you’ll end up with an even more gooey filling. 🙂 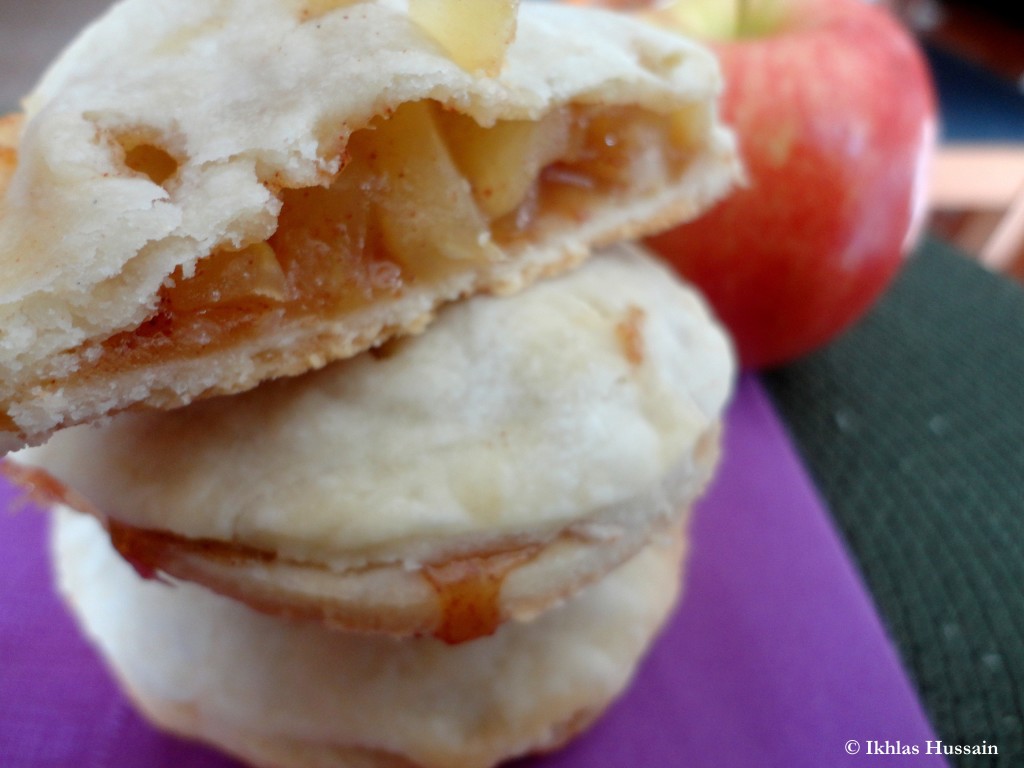 I also forgot about the egg bath, but it’s definitely something I would do next time. In a small bowl, beat one egg yolk with one tablespoon of milk, and then brush the mixture on top of your pies. This will give them an even more golden top.

And that’s it! These mini apple pies were a treat to bite into, and when toasted the next day, tasted even better! So try it out and let me know how you get on. 🙂

Happy Friday, and have a good weekend!