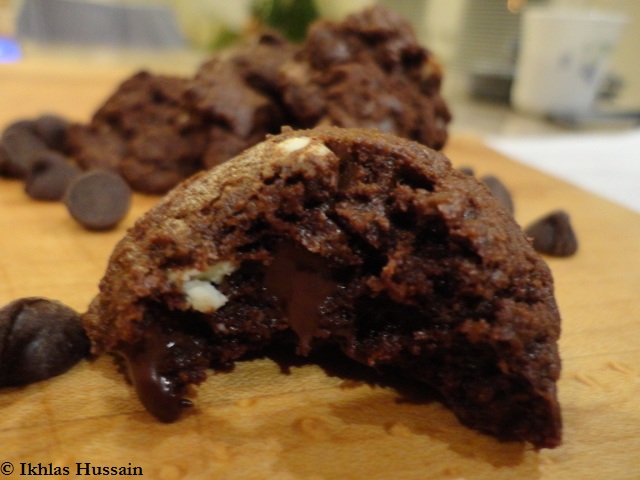 So some of you might have seen this recipe AGES ago (okay, not that long ago, but at least a week ago) on my Facebook page. It’s not that I forgot about it (they’re so yummy, I couldn’t forget even if I tried), but that I got distracted with other things.

Also, I’ve been writing. A lot.

I’m not sure about how quickly other writers write, but after being blocked for so long, it was such a pleasure to finally know where the story was going, and to start seeing where things would end. In other words, I can see the light!

I’m actually at a point where taking a break is hard, because the end is near and I’m so excited to meet it. It’s bad though, because I’ve been putting off so many things over the past 2 weeks, but finding time to do them is kind of chore.

Originally I had set my deadline as December, but after this week, I’m aiming for this weekend (if my family let’s me write that is…) or early next week. That is if nothing else distracts me!

Obviously baking isn’t a distraction, because then how else would I discover these sinfully delicious cookies, which need to be eaten by every chocoholic out there. 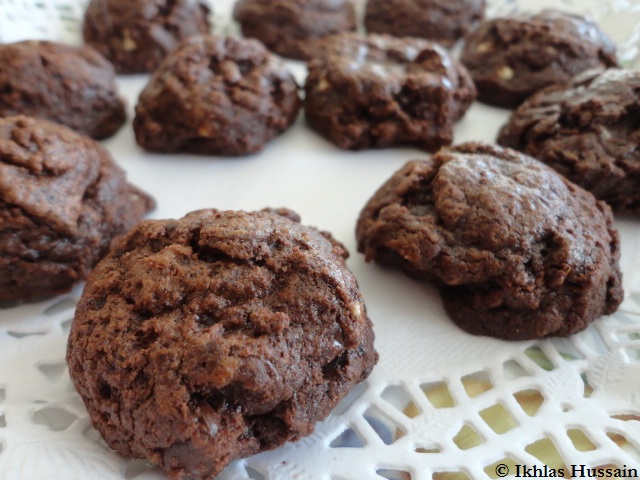 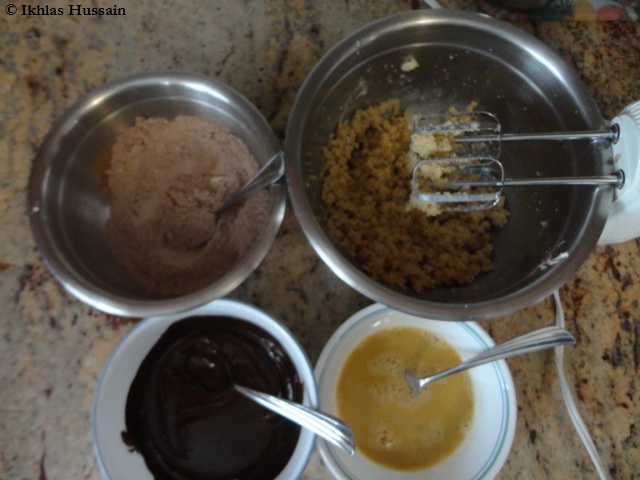 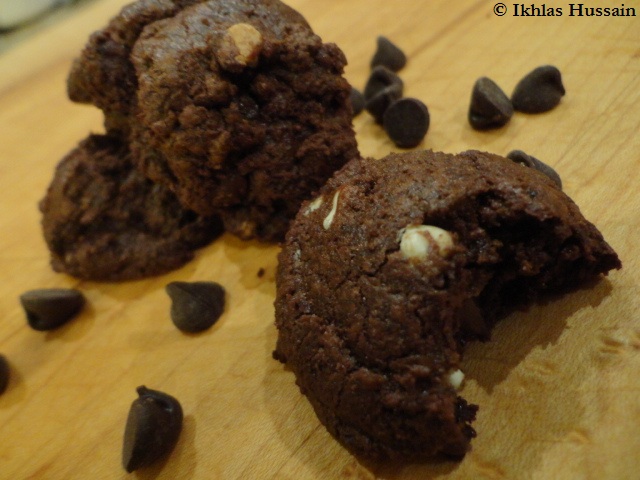 If a brownie and a chocolate chip cookie were to get married, this would be the child. Seriously, they are SO GOOD. Served with an ice-cold glass of milk, they’re as dense and moist as brownies, but still super soft and studded with melted chocolate chips. The combination of cocoa powder and semi-sweet chocolate make these a chocolate explosion in your mouth. And don’t even get me started on the dough… You won’t be able to stop at one! 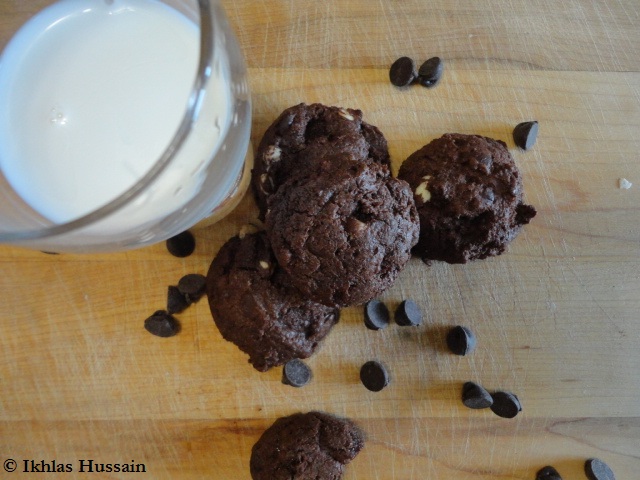 So my cookies look rather brownie-like in these pictures, since I overmixed the dough (do not do this!). Also, if you want to maintain their soft, ooey-gooey nature, do not overbake. It’s hard to tell when these are done, since the dough is already so dark, so do take them out after 10 to 12 minutes, depending on your oven.

So if your family is anything like mine, and LOVES all things chocolate (preferably several layers of it combined), then they’ll fall head-over-heels in love with these decadent brownie cookies! 🙂