Sorry about the general lack of updates lately. I wish I had exciting stories to share with you, of travelling through the jungles of Asia or climbing Mt. Everest, which have prevented me from blogging. But alas, I’ve just been busy scanning random stranger’s groceries on a daily basis and listening to how, apparently, I’m doing this all wrong, and then coming home to complain to my family about this whole process. It’s been so much fun. NOT.

But now, I’m going on vacation to Florida, so I’m trying to put this rough past behind me. For a week or so.

Since we’re driving down to Florida, a mere 21 hour journey, I’ve got to keep my wits about me, especially since I’ll be travelling with a pair of baboons, also known as my brothers. Since my mom dubbed me the Official Trip Planner, they’ve thrown up every wrench in the planning process. Apparently, they’ve decided that they have ideas and opinions of their own, and clearly don’t care what I think.

In order to appease them, and to ensure that they won’t resort to eating me when they’re hungry in the car, I’ve made them these coconut and chocolate chip squares. 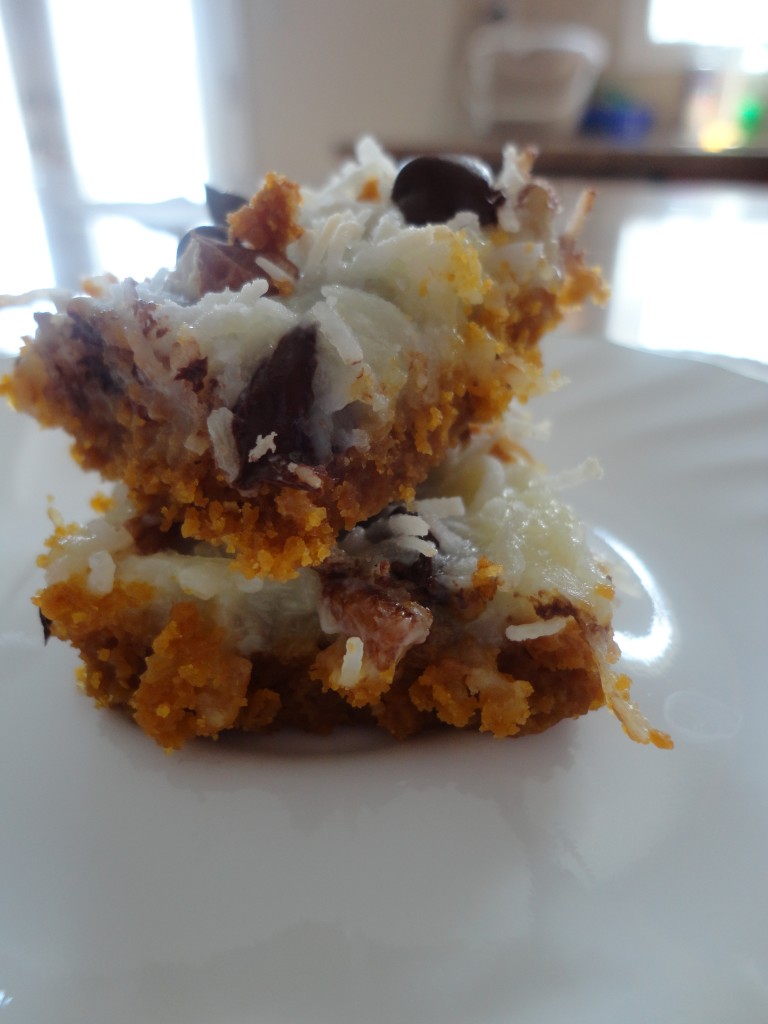 I’m sure most of you know this recipe, since it’s not exactly original, but I figured I’d share it anyway. Just so you’d have some sweet pictures to tide you over until my next post. 🙂

And there you have it! It’s pretty easy, but yummy, and has been a favourite in my family, ever since I started making it when I was ten. Again, it’s not original, but is pretty easy, especially since it’s one dish and you can just toss it all on. 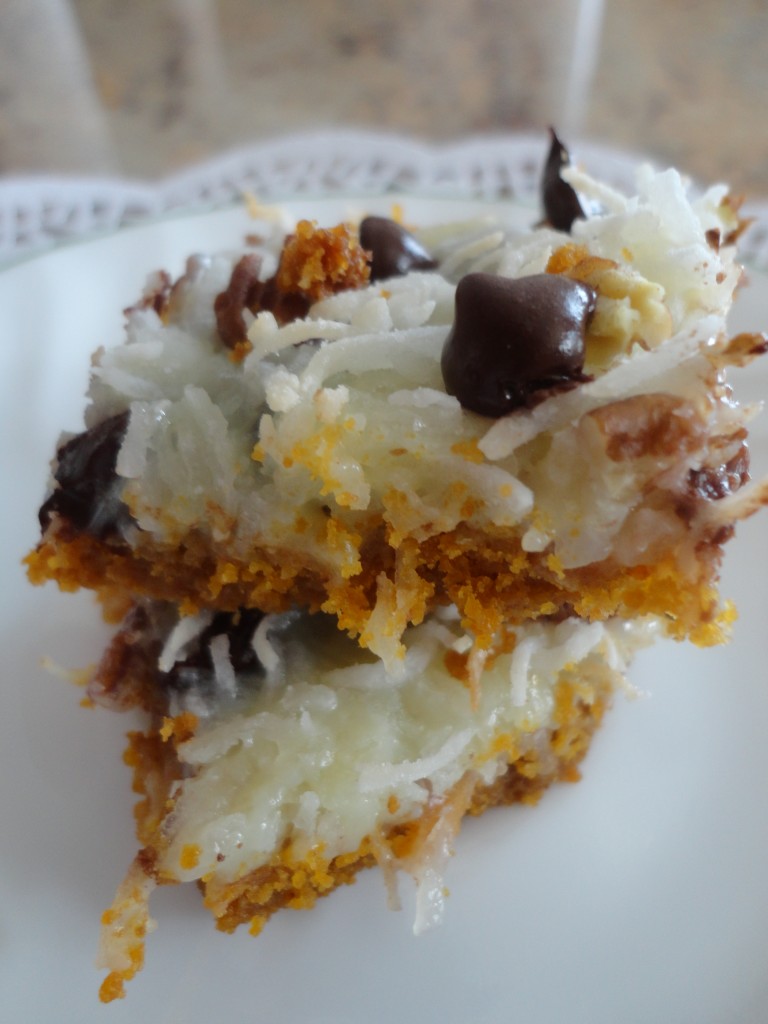 Other than the burning question of what snacks to take with us, I’ve also been concerned with what clothes to pack and what books to bring, naturally.

My shopping addiction took care of the clothes department, but the books department has been woefully neglected of late, which you might be able to tell given the lack of book reviews on here lately. So on Sunday, I decided to rectify this and went to the library, not only to pick up my holds, but to also browse the shelves.

I was also helped out by a friend who sent me a book yesterday. I won Natalie’s giveaway a few months ago, and requested Shadow and Bone, which I have been DYING to read since I heard about it a few months ago. Check out her blog here!

I’ve had a hard time resisting it since I got it on Monday, since I’ve been saving it for the road, so I’m hoping it lives up to (and maybe even exceeds?) my expectations.

Anywho, that’s pretty much all I have to say! Hopefully after my vacation, I’ll be back to (somewhat) regular postings here on the blog, about books and writing and fashion. At any rate, I’ll have lots of pictures and shopping to share with you anyways, when I get back.

I definitely won’t have a chance to update the blog, but do check out my Facebook page for random pictures and news, which I’ll try to post.

Especially since I won’t be able to resist showing pictures of this!!!!!

Have a great week. 🙂