Happy International Women’s Day! Since it is women’s day, I figured it’d be fitting to do a post on some of my favourite female protagonists, from a variety of genres, all the ones that kick butt and are just pure awesome.

So let’s get started! Come on, you knew Miss Hermione Granger was going to be on this list, didn’t you?! ^_^

Its no secret that I’m a big fan of Hermione. Growing up reading the Harry Potter books, I feel like I grew up with Hermione, who is a smart, ambitious, and extremely loyal young woman. She doesn’t take crap from Ron and Harry, who drive her batty a lot of the time, and is ready to give her all to help Harry with whatever conundrum he’s in. She’s an unapologetic know-it-all, which I love her for. She doesn’t always fit in with other girls her own age, but she’s always herself.

I’m sure all of you have seen this meme, but I absolutely love it: 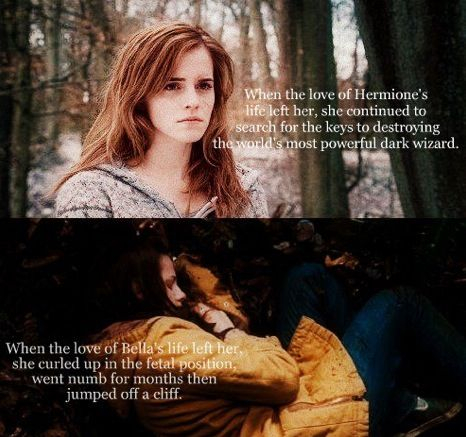 Next up, we have Miss Katniss Everdeen from The Hunger Games.

Katniss is a warior. She volunteers herself as tribute for her younger sister and pushes through the Games, even though it nearly kills her, for the sake of her family. Katniss’ selflessness and bravery are some of the traits that make her such an admirable young woman. She can be grouchy and mean at times, but she’s always trying to do the right thing, trying to make the world a better place. She does have her dark moments, like when she wants to run away in the second book, but her growth after those moments is what shows us how real she is. And I love her for it. 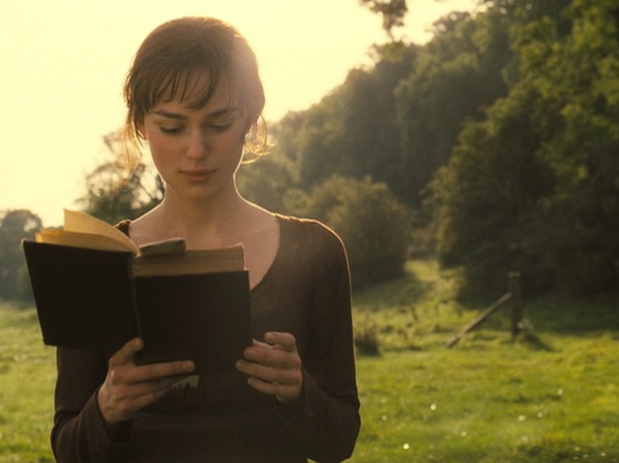 Switching things up by moving to the adult, classic side of things, we have Miss Elizabeth Bennet from Pride and Prejudice.

Another one of my absolute favourites, Elizabeth Bennet lives in a time of petticoats and tea parties. But don’t let that fool you to her self-confidence and sense of righteousness. Lizzy isn’t afraid to stand up for what she believes in, and maintains that she won’t marry Mr. Collins, despite her mother’s insistence that she won’t speak to her if she doesn’t. At times selfish and presumptuous, Lizzy is loyal to her family and her sisters, fighting for their honour with rich and rude Lady Catherine de Bourgh. She isn’t perfect, but who is? 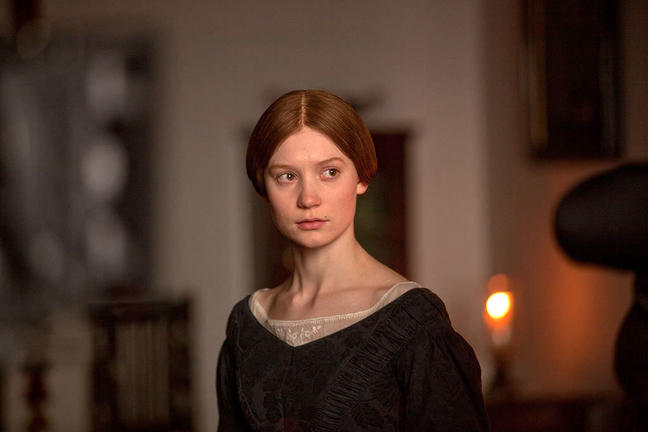 Next up we have Miss Jane Eyre from…well, Jane Eyre.

While I don’t always agree with her choices, I can’t deny that Jane had gumption and stuck to her guns, even when she was being tortured by her cousins and was locked up in a haunted room. What I really appreciate about Jane’s character is her perseverance. Orphaned at a young age, Jane could have easily been a sullen, bitter young woman, but she isn’t. She pushes through whatever she’s faced with, whether its mean comments from her ‘family’, boarding school, the death of a good friend, being a governess in a house with a man she’s falling love with, finding out said man is already married, whatever it is. She adapts and adjusts to the situation, and keeps ploughing ahead in her efforts to survive. And that is admirable.

Moving onto the horror genre, we can’t forget about brave and beautiful Miss Elizabeth Lavenza from Shelley’s original Frankenstein and then Oppel’s retelling This Dark Endeavour. Elizabeth doesn’t receive much page time in the original, but what we do get to see of her shows us that she’s a curious and smart young woman, who doesn’t sit still like society expects her to. She’s constantly gathering knowledge, and becomes the person that holds the Frankenstein family together, after their mother dies. In the retelling by Oppel, she becomes even more awesome, not waiting by the sidelines while Victor tries to search for the knowledge of immortality. She becomes a vital part of Konrad and Victor’s journey to the tunnels, and doesn’t scare easily at the sight of danger. Can’t wait to see what tricks she’ll have up her sleeves in the sequel to Oppel’s retelling!

So those are some of my favourite female protagonists, in honour of international women’s day. Who are your favourites?