Just learnt some exciting news, and wanted to post about it here, in case you haven’t heard it…

Its just been announced that JK Rowling has written a new book for adults, which is going to be published by Little, Brown!!!! To say I’m excited is a severe understatement. 🙂 I can’t wait!

There isn’t really much information about the book other than the fact that a) it is new (duh) and b) its for adults.

Funnily enough, there’s a generic image they keep using in the announcement of this book, so I might as well share it here: 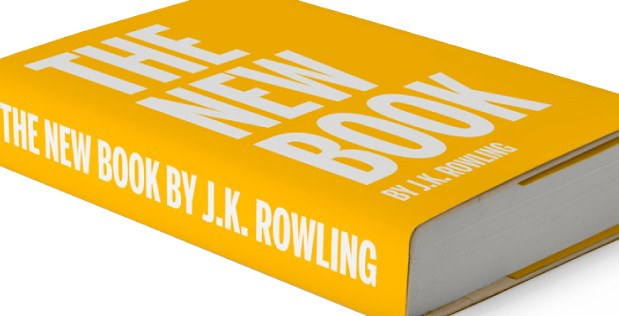 Here’s a quote from the woman of the hour herself”

“Although I’ve enjoyed writing it every bit as much, my next book will be very different to the Harry Potter series, which has been published so brilliantly by Bloomsbury and my other publishers around the world. The freedom to explore new territory is a gift that Harry’s success has brought me, and with that new territory it seemed a logical progression to have a new publisher. I am delighted to have a second publishing home in Little, Brown, and a publishing team that will be a great partner in this new phase of my writing life.”

I’ve been a Harry Potter/JK Rowling fan since the tender age of ten and have grown up with Harry and his friends, like many other people my age. Its hard to say whether this new book will have the same magic as Harry, especially since we don’t have any plot description or details whatsoever, but if its by JK Rowling, the world will be waiting and watching.

What do you think the new book will be about?