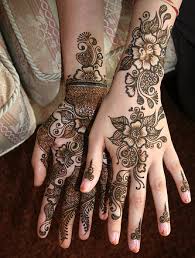 I didn’t realise there was something different about me. I thought I was like everyone else.

Unlike everyone else, I was an only child. Well, until the age of 5 actually. But unlike my cousins, who were siblings, I had no one.

Being an only child for a brief period of time made me friendly, made me curious.

One evening, my mom took me to the McDonald’s in Stoney Creek, with the promise of an ice cream and some playtime in the playground.

Eagerly, I slurped through my ice cream and barrelled my way into the playground. It was late and not many kids were there.

My mom settled down on a bench on the side and let me off on my own, into the vast multi-coloured indoor playground, to explore.

Soon enough, I found a pair of kids; a brother and sister, who were running through the tunnels and jumping down the slides.

Other kids! I thought to myself and climbed the tunnels with sticky hands, in pursuit of them.

But they kept running away from me, with frowns on their faces. I didn’t get it so I called out to them to wait for me, to let me play with them too.

As I approached them, I overheard the girl saying to the boy, “She’s Chinese! Run away.” And they ran off as they heard me coming closer.

Confused, I looked down at the dress I was wearing. It was a Chinese style dress, black with a high collar. But that didn’t make me Chinese. Or did it?

This was the day I discovered I was different and not the norm. Obviously, I knew that I wasn’t Chinese then, but I was Pakistani. But those kids weren’t Pakistani. They were white. Why wasn’t I like them?

And so began the slew of questions that I began to ask myself. I didn’t realise I was asking myself these questions, as a young four and a half year old. I just knew that I was different.

I forgot that I was brown as I grew up and attended a high school in which white people were the minority. I attended a school where you didn’t have to call in on Eid to report that you weren’t coming in that day, it was understood. I went to a school where biryani and samosas dominated the lunch room, where the latest Bollywood movies were discussed in hallways with gusto, by students and teachers alike.

When I went to the University of Toronto, in Mississauga, I shied away from such ‘brownness’. I wasn’t brown, I was Muslim.

Even though I was surrounded by droves of brown, hijab-clad girls, all speaking rapid Urdu, I shied away from them. When my good friend Zainab asked me to join her in the Student Centre for falooda or biryani, I declined. When the Pakistan vs. India cricket match was going on and was being played all night and day on Campus, I plugged me ears and ignored the fevered discussions. When people asked me where I was from (no, where I was really from), I told them (repeatedly) Hamilton, Ontario.

I didn’t want to be identified as brown or Pakistani. I would rather be known as Muslim first, and then Canadian. And then Pakistani, if at all.

I rediscovered the fact that I’m brown this summer. After spending almost my whole life not really thinking about the fact that I’m different or do things differently, I was shocked to discover that despite acting like I wasn’t brown didn’t mean it was so.

Why I fast (again, being a Muslim), but the way I break my fast, the food I eat to break my fast (and all the time, for that matter) all came down to my cultural heritage. Why I don’t date and why I expect my parents to find me a suitable partner all boiled down to a mixture of culture and religion.

As one of the “visible minorities” in the class, I found myself scared to voice my opinions, scared in a way I haven’t been before, scared that they would be branded as “multicultural” or pro-Islam or just seen as coming from a completely different angle.

Maybe this was just because I was the only person wearing a sign of visible difference on my head (a hijab), but I felt strange in my skin, as I fiddled with my long sleeves, pulling them over my dark hands like a cocoon.

After finishing the program, I realised that I can’t hide who I am. In University, I didn’t stand out as the ‘brown Muzlim girl’ in a way that I felt like I did in my summer program. While I spent 4 years trying to distinguish myself from the hordes of Pakistani girls, speaking rapid-fire Urdu and discussing the latest Pakistani fashion trends, I didn’t take the Pakistani out of myself.

And I discovered that here. Despite the fact that I defined myself as Canadian only (in terms of ethnicity), bits and bobs of my Pakistani culture made appearances in the way I thought and spoke. And I couldn’t hide it.

Which led me to realise that I’m more Pakistani that I realise. I still identify myself as Muslim, first and foremost, but there is still a part of my identity that harkens back to Pakistani culture and heritage. Not by choice, mind you. But by inheritance. The traditions and values and norms I believe in don’t stand out as ‘Pakistani’ specifically in my mind, even if they have been handed to me by my grandparents from when they emigrated there. Instead they are my own, cobbled together after living 22 years in a country where everyone is an immigrant.

And this is why I am neither Pakistani nor Canadian. I am an amalgamation of pieces, rough and jagged, which don’t always fit together to make a smooth whole. Me.