Hello! This is new for me, but let me give it a try. This is an event that is hosted by Jill at Breaking the Spine. The purpose of this event is to talk about books that you anticipate reading, which haven’t come out yet. 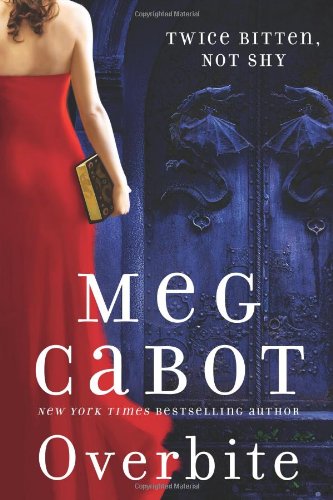 Meena Harper has never rebuffed the love of a god (unless you count the prince of darkness). But she’s always felt as though her gift was a curse, because no one’s ever believed her when she’s told them they were going to die . . . .

Meena’s been asked to work for the Palatine, a powerful secret military unit of the Vatican mandated to guard human beings from demon possession, and to obliterate all demon life forms from the planet. The Guard has recently opened their first division in lower Manhattan, and Meena Harper is their new secret weapon. With her ability to predict how-and sometimes when-the living are going to die, the Palatine finally have an advantage over their undead enemy.

Reporting to Abraham Holtzman, head of Manhattan operations, and partnered with Alaric Wulf, the most accomplished of all demon slayers (who happens to greatly appreciate how Meena looks in a short, black dress), Meena is taking her new job seriously. There’s just one small problem: None of the guards in the Palatine’s Manhattan unit seems to like-or trust-her.

Meena can’t understand it. Sure, her ex-boyfriend is the biggest baddie of them all, Lucien Antonescu, son of Dracula, the prince of darkness. But their affair ended the night he destroyed St. George’s Cathedral-and, everyone believes, himself.

With the prince and his minions gone, the need for Meena’s predictions has never been greater. An even more vicious enemy has arisen, one that never dared cross the equator from their South American stronghold while the Dracul was in charge. They are the Lamia, the most feared clan of all vampire kind.

The Vatican has done its part-for once-by transferring to Manhattan Father Henrique, its youngest, most modern (and, thankfully, bilingual), Brazilian monsignor. He’s secretly dealt with more Lamia than anyone in the Palatine. But the press draws unwanted attention to him by dubbing him Padre Caliente (because of his sizzling hot good looks). Of course his appointment as pastor of one of New York City’s proudest accomplishments, the completely restored, soon-to-be consecrated cathedral, St. George’s, is a ruse. But is it a ruse on the Lamir, the public . . . or the Palatine?

As the date of the ceremony approaches, attacks by Lamir in North America begin to mount, and danger closes in. Meena’s best friend Leisha, whose baby’s arrival coincided with the destruction of the church, is powerfully drawn to the site. Meena’s fellow guards are increasingly vulnerable in the field, and only her daily predictions can save them from death. She’s won her colleagues’ respect-and maybe even the heart of one co-worker in particular-but not without drawing, for mysterious reasons, the attentions of Padre Caliente.

Yet no face will ever be more attractive to Meena than Lucien’s. As she begins to unravel the truth about his identity-and the fateful night the two of them last met-Meena’s loyalties will be tested, her true feelings laid bare.

Meena has always been everyone’s guardian. But this time, who will guard her?  From Goodreads.

This is the sequel to Meg Cabot’s Insatiable. Check out my (short) review on Insatiable!

Only a few more days left! I’ve been waiting for this one ever since I read Insatiable, especially because of the creepy ending which definitely hinted at more. And this back cover copy has definitely been expanded to include a lot more information about what’s going to happen with the Palatine Guard and Meen’s involvement.

What I loved about the first one was the emerging romance between Meena and Alaric (spoiler protection!), which was unexpected. So I’m really excited to see how that romance will develop and change. At the same time, I think Lucien’s hold on Meena hasn’t disappeared yet and I’m sure he’ll make a vindictive reappearance.

Only one week left! 🙂